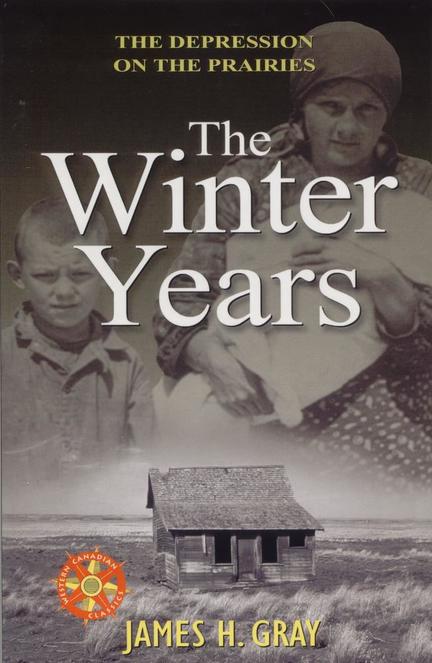 On October 24, 1929, The New York Stock Exchange gave one final shudder and collapsed. The world awakened to discover that the Roaring Twenties with their cheerful message of abundance and good times were over. The Great Depression had begun and for the next ten years the entire world would feel its effect.

Nowhere was it felt more keenly than in western Canada where men walked streets past closed mills, and farmers gazed endlessly at barren fields. James Gray lived in Winnipeg during those years. He stood in line for relief vouchers to support his young family and, with other men, he picked dandelions in city parks. As a young reporter for the Winnipeg Free Press, he was caught up in the unrest, as indignant men sought answers from governments. And he was there when the answers did not come, and the men rioted in Winnipeg and Regina, and headed for Ottawa in freight cars.

Originally published in 1966, The Winter Years was an instant bestseller. It captures a dark period in history with a warmth, humour, and honesty that is evocative and unforgettable.

James Gray, one of western Canadaï¿½s finest social historians, was born in Whitemouth, Manitoba, in 1906. We worked for the Winnipeg Free Press for many years and went on to edit several other publications. In 1947, he relocated to Calgary, where he worked with the Home Oil Company for twenty years before retiring to embark on a new career as a historian. He passed away on 12 November 1998 in Calgary at the age of ninety-two.

Other titles by James H. Gray

The Roar of the Twenties

When Whiskey Ruled the West

Red Lights on the Prairies