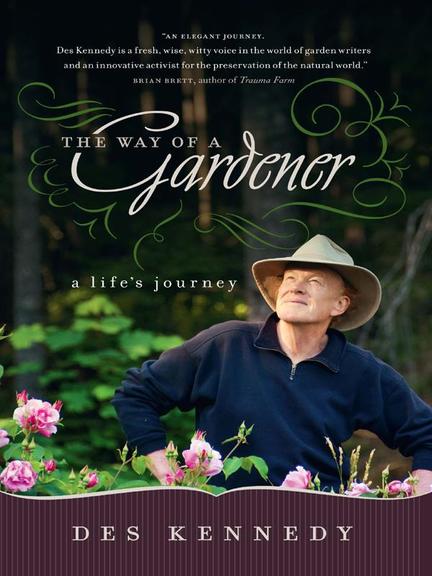 A personal and revealing exploration of a life lived close to the earth, from one of Canada's best-loved gardeners.

Called ""a green-thumb rogue"" (Star Tribune, Minneapolis), accomplished novelist, satirist, and garden writer Des Kennedy describes his life journey from a childhood of strict Irish Catholicism in Britain to a charmed existence amid the gardens of his Gulf Island home in British Columbia. From his appearance as an innocent dressed in white for his First Holy Communion to his days as a young seminarian in black habit, through the Beat poetry scene in New York City and the social upheavals of the 1960s, this monk-turned-pilgrim pursues a quest for meaning and purpose. After leaving monastic life and moving west, Kennedy takes up a new vocation in what has been called the Church of the Earth. On a rural acreage, he and his partner build their home from recycled and hand-hewn materials and create gardens that provide food as well as a symbiosis with the earth that is as profoundly spiritual as past religious rituals. Spiced with irreverence and an eye for the absurd, The Way of a Gardener ranges over environmental activism, Aboriginal rights, writing for a living, amateur wood butchery, the protocols of small community living, and the devilish obscenity of a billy goat at stud.

""If you're an old hand at gardening, you'll appreciate the rich, loamy philosophizing in Des Kennedy's memoir. His life is a winding vine, with roots in the Beat poetry world of New York that blossom into a bucolic farmer's life on B.C.'s Gulf Islands. If that sounds too sappy, have no fear. Kennedy is a lot more funny...than preachy."" -- Tyee.ca