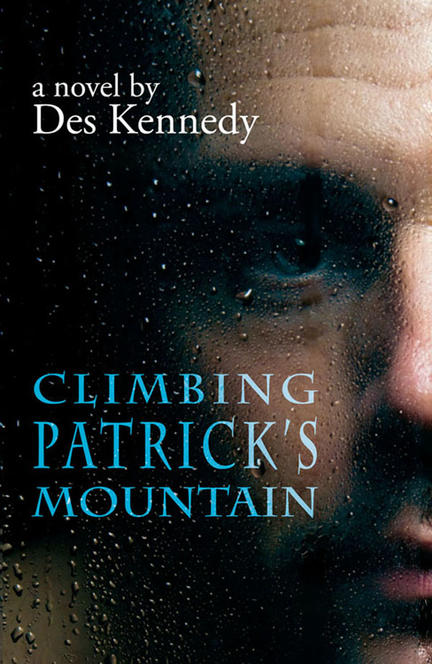 Climbing Patrick’s Mountain is bestselling author Des Kennedy’s haunting and elegant tale about coming to terms with one’s past.

Expatriate Irishman Patrick Gallagher, an accomplished but eccentric breeder of prized roses, returns to Ireland as a celebrity host to lead a tour of Irish gardens, and hopes to attract the eye of a wealthy patron to donate funds to his garden back home. What is planned to be a pleasant and lucrative trip soon becomes a voyage of overcoming a painful history as the protagonist encounters the very reasons he left Ireland in the first place. Just as Patrick begins to reconcile with his demons, time runs out in a poignant conclusion.

A vivid coming-of-middle-age story set in today’s Ireland, Climbing Patrick’s Mountain embraces the contradiction of the Irish sensibility: grand humour in the face of ultimate tragedy.

"Although Patrick’s Mountain definitely has a spark of wit, it is evenly matched with darker overtones. Kennedy’s got a way with words and knows how to turn a descriptive phrase."

"But this is neither a comic nor a sentimental portrait of the auld sod . . . Instead of gushing descriptions of the countryside and its many hues of green, there are sharp observations of downtown Dublin.”

"Wonderful descriptions of the Irish countryside."

"Kennedy is a fine writer-a novelist, indeed-and [this novel] is an enjoyable ride. It manages to be both a taut and gentle book."

The Way of a Gardener