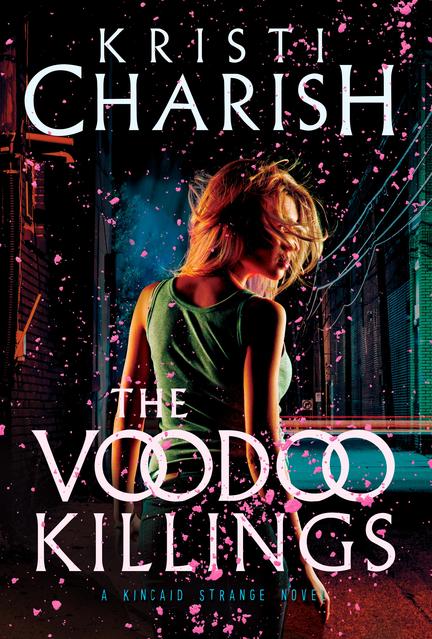 For fans of Bitten by Kelley Armstrong, a new urban fantasy series introduces Kincaid Strange, not your average voodoo practitioner...
For starters, she's only twenty-seven. Then there's the fact that she lives in rain-soaked Seattle, which is not exactly Haiti. And she's broke. With raising zombies outlawed throughout the continental USA, Kincaid has to eke out a living running seances for university students with more money than brains who are desperate for guitar lessons with the ghost of a Seattle grunge rocker--who happens to be Kincaid's on-again, off-again roommate.
Then a stray zombie turns up outside her neighbourhood bar: Cameron Wight, an up-and-coming visual artist with no recollection of how he died or who raised him. Not only is it dangerous for Kincaid to be caught with an unauthorized zombie, she soon realizes he's tied to a spate of murders: someone is targeting the zombies and voodoo practitioners in Seattle's infamous Underground City, a paranormal hub. When the police refuse to investigate, the City's oldest and foremost zombie asks Kincaid to help. Raising ghosts and zombies is one thing, but finding a murderer? She's broke, but she's not stupid.
And then she becomes the target... As the saying goes, when it rains it pours, especially in Seattle.

Kristi is a scientist and science fiction/urban fantasy author who resides in Vancouver, Canada. Kristi writes what she loves; adventure heavy stories featuring strong, savvy female protagonists with the occasional RPG fantasy game thrown in the mix. She is also a co-host on the popular Adventures in Sci-Fi Publishing Podcast.
The first installment in her debut urban fantasy series, Owl and the Japanese Circus (Simon & Schuster) is out and available in bookstores and through online ebook retailers. The second in series, Owl and the City of Angels, is out Jan 2016. Her second series, KINCAID STRANGE (Random House Canada), about a voodoo practioner living in Seattle, is out May 2016.
She received her BSc and MSc from Simon Fraser University in Molecular Biology and Biochemistry, and her PhD in Zoology from the University of British Columbia. She is represented by Carolyn Forde at Westwood Creative Artists.

“The Voodoo Killings is such a spectacular mix of urban fantasy and mystery it kept me up to two in the morning. Give me more Kincaid Strange.” —Faith Hunter, New York Times bestselling author of the Jane Yellowrock series

“Kristi Charish grabs the zombie novel by the throat and drags it back to square one, creating a voodoo zombie mystery that is a fresh and fantastic take on a whole genre. A must read!” —Peter Clines, author of The Fold, 14 and the Ex-Heroes series

“What a rush! Highly entertaining, original, and brimming with wit—and zombies in closets—I loved The Voodoo Killings. Can’t wait for the next!”  —Julie E. Czerneda, author of This Gulf of Time and Stars

“This was an absolute delight to read. With a smart, cynical hero and zombies whose morals are as gray as the brains they snack on, The Voodoo Killings offers a fun and creepy new world—or two—to get lost in.” —Patrick Weekes, author of the Rogues of the Republic series

Other titles by Kristi Charish

Owl and the Tiger Thieves

Owl and the Electric Samurai

Owl and the City of Angels

Owl and the Japanese Circus