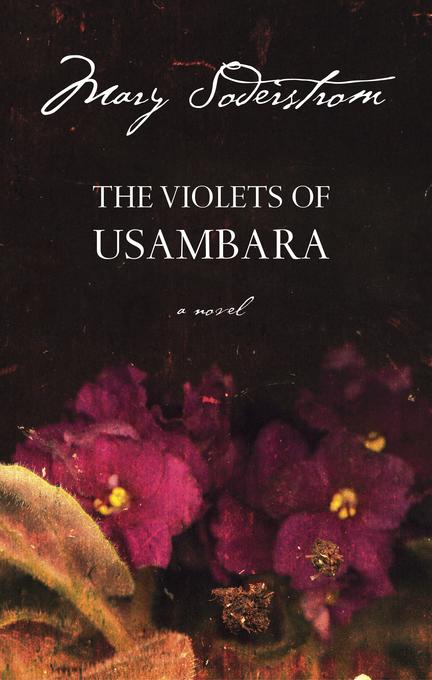 Bujumbura, Burundi is one of the last places you would expect to find Thomas Brossard. Once a powerful cabinet minister in Brian Mulroney’s Conservative government, Thomas never had a particular interest in the continent of Africa and the concerns it represented. That was his wife Louise’s domain. But, after an embarrassing election loss, Thomas will do just about anything to regain political power and improve his wife’s estimation of him.

Through the 1980s and into the 1990s, the Brossards didn’t have much to worry about; they raised a prosperous Québécois family, as might be expected of a successful cabinet minister. But, with Thomas’s electoral defeat, the world outside their home becomes less inviting. After Thomas’s ill-fated run for mayor of Montreal leaves him a failure, he attempts to overcome his lack of success with the help of Louise, who finds a Catholic charity in need of a political figure to investigate their projects in Africa. When Thomas disappears in war-stricken Burundi on his fact-finding mission, Louise becomes trapped inside their house in Montreal by her own fears; she is left to fret about her continually blurring past, piecing together how she has reached this sudden point of loneliness and isolation.

In a story spanning decades, the past peeks through the seams and enriches the novel with a deep history of Quebec’s wealthy and political classes. Mary Soderstrom’s story thrums with tension and excitement, but also reaches deep into literary tradition, illuminating character and emotion through an engaging plot.

Mary Soderstrom is the author of five previous novels: The Violets of Usambara (2008); After Surfing Ocean Beach (2004); The Words on the Wall, (1998), Endangered Species (1995), which was a finalist for the Hugh MacLennan Prize for Fiction; and The Descent of Andrew McPherson (1977), a finalist for the Books in Canada First Novel Award. Her collections of short stories include Desire Lines: Stories of Love and Geography (2013), The Truth Is (2000) and Finding the Enemy (1997), which was also a finalist for the Hugh MacLennan Prize for Fiction. She is also the author of several works of creative non-fiction, including Green City: People, Nature and Urban Places, a Globe and Mail best book of 2007. Originally from Washington State, she grew up in San Diego before eventually moving to Montreal, which she has made home for decades.

“Remarkable in its scope and detail. It is also a quietly scathing story about the politics behind African aid, and a deeply complex story about love and the choices people make to stay together.”

“A beautifully written, moving piece of literature that has risen to the top of my best picks for ’08 … Anchored by a tensely constructed plot, it is both a richly rewarding read and a novel that should be sought out by lovers of well-crafted fiction.”

“Soderstrom’s writing is tense and subtle, often using repetitive wordplay and seamless flashbacks to navigate through time and place .. The novel is a wonderfully matter-of-fact portrayal of two pragmatic characters struggling to find themselves and reconnect with each other. It offers a realistic depiction of what happens – what is left – when ideology has evaporated and status is the only creed.”

Other titles by Mary Soderstrom

From Ancient Origins to a Problematic Future

Love and Hate between Neighbo(u)ring States

The Story of Humanity on the Move

From Haussman’s Boulevards to Jane Jacobs' Streets and Beyond

From Haussmann’s Boulevards to Jane Jacobs’ Streets and Beyond

A Natural History of Botanical Gardens