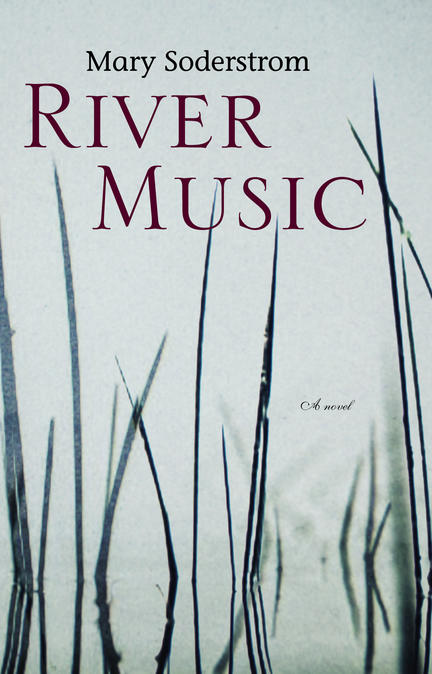 Gloria Murray’s daughter jokes that Gloria would have sold her first born to further her musical career — a reproach closer to the truth than anyone but Gloria suspects.

Gloria, born just before the Great Depression, knows from the moment she hears a soaring song played on the piano that she must follow that river of emotion. After an adolescence playing in churches and hotel lobbies, she prepares to study in post- World War II France, when another sort of passion intrudes and, halfway through her year abroad, she finds herself forced into a hard choice that she shares with no one. Her career blossoms, she marries, and has two more children, and her secret seems best forgotten – until, thirty years later, she learns of the murder of a young composer who could have been her son.

Set against a backdrop of war, economic changes, and social upheavals, River Music explores the sacrifices that women make to fulfill their destiny, the wildcards of sex and passion, and the complicated relationships between mothers and their children.

Mary Soderstrom is the author of five previous novels: The Violets of Usambara (2008); After Surfing Ocean Beach (2004); The Words on the Wall, (1998), Endangered Species (1995), which was a finalist for the Hugh MacLennan Prize for Fiction; and The Descent of Andrew McPherson (1977), a finalist for the Books in Canada First Novel Award. Her collections of short stories include Desire Lines: Stories of Love and Geography (2013), The Truth Is (2000) and Finding the Enemy (1997), which was also a finalist for the Hugh MacLennan Prize for Fiction. She is also the author of several works of creative non-fiction, including Green City: People, Nature and Urban Places, a Globe and Mail best book of 2007. Originally from Washington State, she grew up in San Diego before eventually moving to Montreal, which she has made home for decades.

“A thought-provoking guide to how musical tastes have changed over the decades. Gloria takes us on a journey in pursuit of those elusive elements that make music such an integral part of life.”

“Played out against a rich historical backdrop that paints a picture of changing Quebec in deft strokes, it’s a novel that conveys the single-mindedness it takes to master an artistic discipline, and that also admirably nails something much harder to dramatize.”

Other titles by Mary Soderstrom

From Ancient Origins to a Problematic Future

Love and Hate between Neighbo(u)ring States

The Story of Humanity on the Move

From Haussman’s Boulevards to Jane Jacobs' Streets and Beyond

From Haussmann’s Boulevards to Jane Jacobs’ Streets and Beyond

The Violets of Usambara

A Natural History of Botanical Gardens