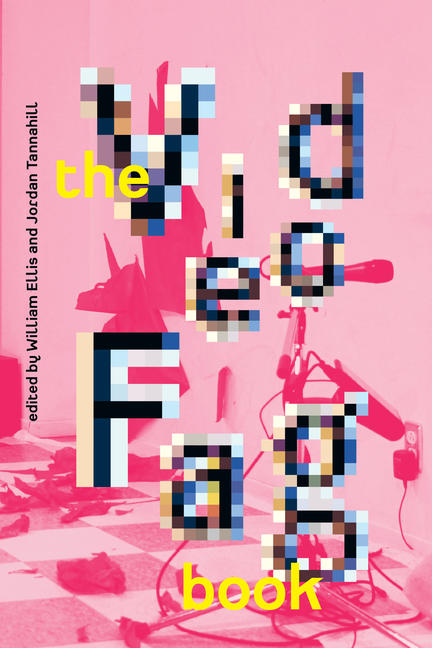 Longlisted for the 2018 Toronto Book Awards
In October 2012, lovers William Ellis and Jordan Tannahill moved into a former barbershop in Toronto's Kensington Market neighbourhood and turned it into an art space called Videofag. Over the next four years Videofag became a hub for counterculture in the city, playing host to a litany of performances, screenings, parties, exhibitions, and all manner of queer fuckery. But hosting a city in their house took its toll and eventually William and Jordan broke up, closing the space for good in June 2016.
The Videofag Book is a chronicle of those four years told through multiple voices and mediums: a personal history by William and Jordan; a love letter by Jon Davies; a communal oral history compiled by Chandler Levack; a play by Greg MacArthur; a poem by Aisha Sasha John; a chronological history of Videofag's programming; and a photo archive curated by William and Jordan in full colour.
Praise for Videofag:
"Videofag was a busy nexus of performance and art, a focal point for a wide assortment of communities, including the queer art scene, underground film culture, comedy, and theatre." —Torontoist
"The queer arts hub [known as Videofag] has served as the incubator for countless projects and artists over its life, becoming a critical meeting point for creators from around the city and across the country." —Daily Xtra

Jordan Tannahill is a playwright and filmmaker currently living between his hometown of Ottawa and London, UK. His work has been presented in theatres and festivals across Canada and internationally. He won the 2014 Governor General's Award for Drama for his book Age of Minority: Three Solo Plays and was shortlisted for the prize again in 2016 for Concord Floral (also a recipient of the 2015 Carol Bolt Award). Tannahill's book Theatre of the Unimpressed: In Search of Vital Drama (2015) was called "essential reading for anyone interested in the state of contemporary theatre and performance" by The Globe and Mail, and is on the curriculum of several North American universities. Tannahill has been described in the press as "the future of Canadian theatre" (NOW Magazine), "the hottest name in Canadian theatre" (Montreal Gazette), and "the posterchild of a new generation for whom 'interdisciplinary' is not a buzzword but a way of life" (The Globe and Mail).

William Ellis is a performer whose work in theatre and dance includes Other Jesus by Evan Webber, Even This Old Town Was a Forest by Aurora Stewart de Pena, WorkingOnWorkingOnUs by Andrew Tay, S h e e t s by Salvatore Antonio, and Greg MacArthur's A Man Vanishes. He has performed for choreographer DA Hoskins in Machine Room, The Coating Project for the Luminato Festival, and This is a Costume Drama at Harborfront World Stage. Recently he received a Toronto Theatre Critics Award—Special Citation for Videofag, which he ran with Jordan Tannahill from 2008–16.

Other titles by Jordan Tannahill

Is My Microphone On?

Botticelli in the Fire & Sunday in Sodom

The Age of Minority

Theatre of the Unimpressed

In Search of Vital Drama