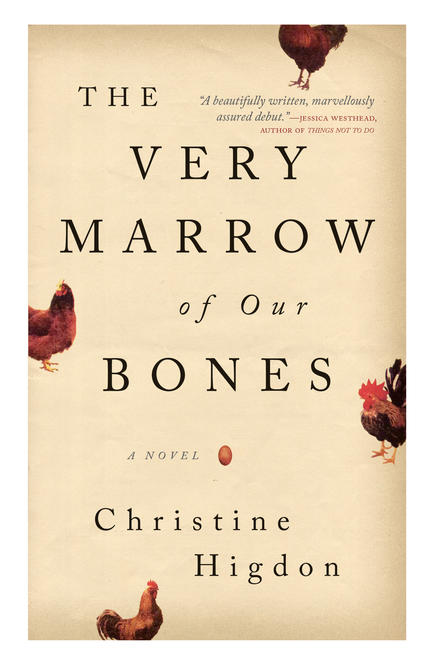 Defiance, faith, and triumph in a heartrending novel about daughters and mothers

On a miserable November day in 1967, two women disappear from a working-class town on the Fraser River. The community is thrown into panic, with talk of drifters and murderous husbands. But no one can find a trace of Bette Parsons or Alice McFee. Even the egg seller, Doris Tenpenny, a woman to whom everyone tells their secrets, hears nothing.

Ten-year-old Lulu Parsons discovers something, though: a milk-stained note her mother, Bette, left for her father on the kitchen table. Wally, it says, I will not live in a tarpaper shack for the rest of my life . . .

Lulu tells no one, and months later she buries the note in the woods. At the age of ten, she starts running — and forgetting — lurching through her unraveled life, using the safety of solitude and detachment until, at fifty, she learns that she is not the only one who carries a secret.

Hopeful, lyrical, comedic, and intriguingly and lovingly told, The Very Marrow of Our Bones explores the isolated landscapes and thorny attachments bred by childhood loss and buried secrets.

Christine Higdon is a writer, editor, and graphic designer. She was shortlisted for the 2011 Marina Nemat Award and for the 2016 CBC Creative Nonfiction Prize. Daughter of a Newfoundlander and a British Columbian, Christine lives in Mimico, Ontario, where she hooks rugs, worries about the bees, and longs for either ocean. This is her first novel.

“Higdon’s debut novel is a finely observed chronicle of two women’s lives … this novel will appeal to readers more interested in the journey than the destination.” — Publishers Weekly

“An ambitious debut novel that will make you cry, cringe, and laugh … This small-town drama is jam-packed with revelations and sweet portraits that stick.” — Kirkus Reviews

“Canadian librarians in particular will want to pay attention to this debut.” — Booklist Online

“This wondrous book concerns more than mere detective work, expanding instead on the grander mysteries of love and hate, survival and destruction — and most powerfully, perhaps, of decades-long journeys home.” — Toronto Star

“Brutal and punishing with occasional grace notes, The Very Marrow of Our Bones is concerned with morbidity — both the human capacity for it and what people make of it when it becomes the raw material of their lives.” — Foreword Reviews

The Loneliness of the Long-Distance Reader