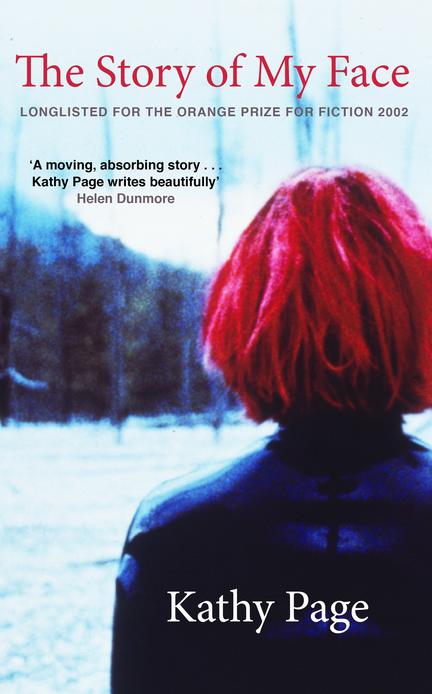 The Story of My Face is about Natalie Baron, a teenage girl adrift in the world and looking for someone or something to latch on to. Her seemingly innocent involvement with Barbara Hern and her family, followers of an extreme protestant sect, leads to the revelation of a long-kept secret and a devastating series of events which change not only her face but also the course of her life. The Story of My Face is both a stunning psychological thriller and the archaeology of an accident which shaped a life.

Kathy Page's seven novels include The Story of My Face, long-listed for the Orange Prize in 2002; Alphabet, shortlisted for a Governor General's Award in 2005; and The Find, shortlisted for the 2011 ReLit Novel Award. She is also a winner of the Bridport International Prize for short fiction and the Traveller Award, and a contributor to many prose anthologies. Kathy teaches creative writing at Vancouver Island University, and is a member of the Federation of BC Writers and the Writers Union of Canada. She lives on Salt Spring Island with her husband and two children.

Excerpt: The Story of My Face (by (author) Kathy Page)

I’m thirteen. I’m wearing my school uniform and I carry a green duffle bag, first properly, with the cord across my chest, then in my hand, grazing the ground, then clasped with both arms to my midriff. It’s a spring afternoon and I’m walking in the Avenues, where bright green borders of grass separate the pavements and the roads. I’m walking and I’m noticing things – such as whether or not each house has a garage, and, if the doors are open, what make and year of vehicle is inside.If someone were to ask me what my name is, I’d lie: ‘Mary’, ‘Elizabeth’, ‘Jane’. If they asked ‘What are you doing, wandering like this “’ I’d say ‘I’ve taken a short cut and got lost’ or ‘I’ve accidentally dropped my key down a drain so I’m waiting for my mother to get back from work.’ Depending on what I thought of the person asking me, I might just say I ‘I’m only looking’ round’, and that would be the closest to the truth. But the ‘looking round’ is far too serious a thing to be dismissed with ‘only’, and in any case it is not so much looking round, or even looking for, as waiting.I’ve been waiting for a long time, though I’ve forgotten that I’m doing it. I only ever knew for a brief, burning moment. I’m waiting for the right person and the right place. When those come together, fit like a key into a lock, then the other person will know it too.I walk past carefully maintained gardens, their lawns glowing, their flowers heavy from last month’s rain. The houses are detached or semi-detachedand stand well back from the road. It’s hard to make much out. Here and there I glimpse the dark shapes of furniture, a picture picked out by a patch of falling light, a vase of flowers, a figure bustling from one room to the next. I fill in what I can’t see with imaginings and memories. I enumerate, as yet with a kind of detachment, the many ways in which this well-tended place is different from home. Sandra, my mother, is not one for chores, so long as her clothes and sheets and the bathroom basin are clean.I hear voices and follow them across the road to a corner house. The front door is ajar. The garage doors are also open, and likewise that of a caravan parked in the driveway next to a Hillman Minx, quite new, dark green, with glittering chrome. Beside the vehicles, a bespectacled woman with long brown hair pulled back into a thick ponytail crouches on her haunches, trying to pick up something small from the gravelled driveway.Standing, she reveals herself suddenly as very tall. She is wearing, unconventionally for the times, men’s blue dungarees over a pale, short-sleeved blouse, but even so, the curves of the body underneath show through. A short, bearded man stands close by, cutting a length of wood into sections.‘Hello,’ the woman calls out to me. Her voice is breathy, almost over-enthusiastic, playful and solemn at the same time. She holds me in her gaze and walks over to the driveway gates: wrought iron painted a pale blue that matches the doors on the garage and the porch. Close up, I can see that she’s not wearing any make-up and that the skin on her face is dryish and faintly lined; she’s older than I thought at first, and while her eyebrows arch gracefully over the thick lenses of her glasses, her eyes, each differently magnified, swim rather sickeningly beneath them. Yet her mouth is wide, and as if it had taken over from the eyes, it is involved from moment to moment in a series of subtle evaluating and expressive movements. She is not beautiful, like Sandra, but then again, she is not plain like Aunt Sue. She is somewhere in between, or something else entirely.‘Look,’ the woman says, holding out the soft inner side of her arm. A ladybird toils up the pale slope of skin. When it reaches the joint, she takes it on to the finger of the other hand. ‘My first this year,’ she says. ‘Do you like them?’ I’ve never thought of liking ladybirds or not.She collects the insect on her finger again, and puts it this time on my arm. To begin with, there’s nothing, but by the time it is halfway up, I’m sure that I can feel it walk, each footfall separate.‘What are you going to do with it?’ My throat’s tight. My voice comes out with an exaggerated rise at the end; the ladybird takes to the air in a heavy blur of wings.‘How long have you been standing there?’ she asks in turn. ‘What’s your name?’ Her voice is smooth; it fills you up, like milk.

"An elegantly compelling story of how a young girl’s obsession forever changes the lives of those around her.. a disciplined exploration of the complexity of human motivation and our need for redemption."

"Incredibly evocative and haunting.. it keeps you reading, wanting to uncover both Natalie’s past and that of Tuomas Envall."

"[Page's] writing, mostly in the present tense, is lit with an immediate sense of period, summoning images which are by turns softly painterly, sharply filmic or as murky as those first television images of the moon landing."

"A compelling and unpredictable journey… beautifully written, rolls on at a rapid pace and delivers a satisfying punch at the end."

A marvellously well-crafted book, subtle and measured yet with the powerful tug of deep and dangerous water…”

Other titles by Kathy Page

Story of My Face, The

The Two of Us