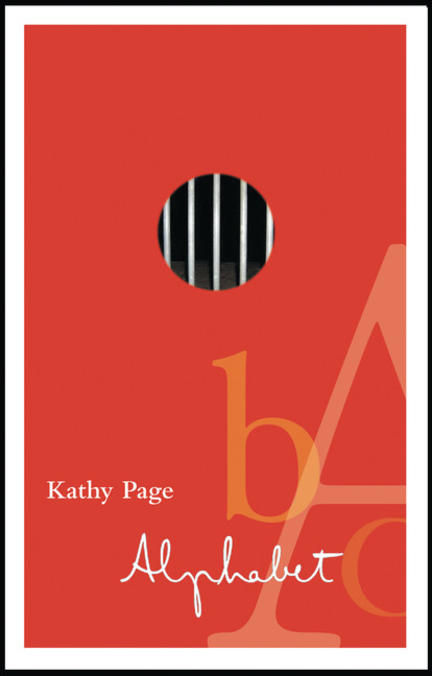 Simon Austen has the names people have called him tattooed all over his body. Waste of Space. Bastard. A Threat to Women. Murderer. Facing a lifetime behind bars and subjected to new therapies for sexual reprogramming, Simon finds himself plunged into a terrifying process of self-reconstruction. But how much, in the end, can a man really change? Darkly compelling and deeply moving, Alphabet is a psychological exploration of one man's uncertain and often-harrowing journey towards rehabilitation.

"Intense, revealing, challenging and above all riveting ... I kept saying to myself, how could she know this?"-Erwin James, convicted murderer, author of A Life Inside: A Prisoner's Notebook

"Sometimes novelists go too far-and sometimes they manage to demonstrate that too far is the place they needed to go."-Time Out UK

"Her unforgettable prose is moody, shape-shifting, provocative and always as compelling as a strong light at the end of a road you hesitate to walk down...but will."- Amy Bloom, author of Where the God of Love Hangs Out

"Marvellously well-crafted ... I can't remember the last time I was so compelled, impressed and unsettled by the emotional world of a novel."- Sarah Waters, author of Tipping the Velvet

Kathy Page's seven novels include The Story of My Face, long-listed for the Orange Prize in 2002; Alphabet, shortlisted for a Governor General's Award in 2005; and The Find, shortlisted for the 2011 ReLit Novel Award. She is also a winner of the Bridport International Prize for short fiction and the Traveller Award, and a contributor to many prose anthologies. Kathy teaches creative writing at Vancouver Island University, and is a member of the Federation of BC Writers and the Writers Union of Canada. She lives on Salt Spring Island with her husband and two children.

"A piercing examination of one man's identity issues." - Publishing Perspectives

"Gritty and illuminating ... fascinating from the first page." - Publishers Weekly

"A moving novel about knowledge, self-awareness and the power of words, set in the purgatory of prison. This young man's life demands our attention and refuses to let go ... powerful ... simply an epiphany." - Kirkus, Starred Review

"Despite the nature of his crime, Simon is a surprisingly sympathetic character, and readers with an open mind will be drawn into his journey ... an emotional read without sentimentality or easy, pat answers ... Recommended." - Library Journal

Page's breathtaking novel opens with functionally illiterate twenty-nine-year-old Simon learning to read in prison. Books and letters become keys to his survival, but can language sustain him over an entire life sentence, let alone redeem him? We get to know Simon before we learn what crime he committed; his act shapes his life, but doesnot define him. We do learn that he has anger and control issues and that his relationships, especially with women, have been short term, starting with his mother. Written words, then, fixed and tangible, reassure him to the point that he physically incorporates them as tattoos. He wears the names he's been called, but whether this catalog clarifies or blurs his identity is a question; can he be both scum and "courageous"? More than skin deep, this list reflects Simon's world as much as it doeshim, mirroring society's mixed record on transgressors and non-conformists, especially regarding the criminal justice system with its self-defeating reliance on brutality and humiliations, even as it experiments with innovative psycho-therapies. - Laurie Greer, Politics & Prose

Alphabet upends basic questions about criminal justice ... This character-driven novel employs various narrative angles as the reader follows Simon, other prisoners, guards, social workers, volunteers, and therapiststhrough the complications that lie beyond a person admitting guilt. Far from accepting time in prison as an atonement to abide, Simon tries to name who he is and what that person could do next in life, behind bars or otherwise. - Todd Wellman, Boswell Book Co.

"Page captures the oppressiveness of the closed insitution, the violence that always seethes beneath the surface ... compelling ... Page lifts the novel out of its didactic casing." - Times Literary Supplement (UK)

Alphabet is notjust highly readable, but one of the strongest, most eloquent, most tightly constructed novels of the year.... Out of material that would have been at home in the blackest of black comedies she has fashioned a fable about redemptive love. She has celebrated, with rare deftness, the resilience of the human heart." - Sunday Telegraph (UK)

"Page throws mixed-up hope into a world where only fantasies and delusions dare to grow... when I got to the end of Alphabet, I found myself longing formore." - Globe and Mail

" Alphabet is a hopeful story, even though its subject, Simon Austen is a disturbed, inarticulate, illiterate murderer.... Simon has no miraculous breakthroughs; he doesn't even get out of jail. But the baby steps he takes towards understanding himself give both him and the reader hope. Page's writing is tight...her depiction of prison life is believable and enthralling." - GEIST

"Kathy Page knows that the things we can't understand are often the things that terrify us the most. In her dark and lovely seventh novel, she takes us places we may not want to go." - January Magazine

"Simon is real. Simon gets under your skin. You'll keep reading Alphabet because you'll want to understand how Simon got to Z from A... His attempt to win redemption is totally engrossing." - Times Colonist

"It's not hard to guess what got Page onto the GG shortlist: sheer chutzpah." - The Weekend Post

" Alphabet is a stunning tour de force. I have rarely encountered a novel so compelling, so disturbing, so ultimately satisfying as this new work by Kathy Page." - Wordworks

Other titles by Kathy Page

Story of My Face, The

The Two of Us

The Story of My Face