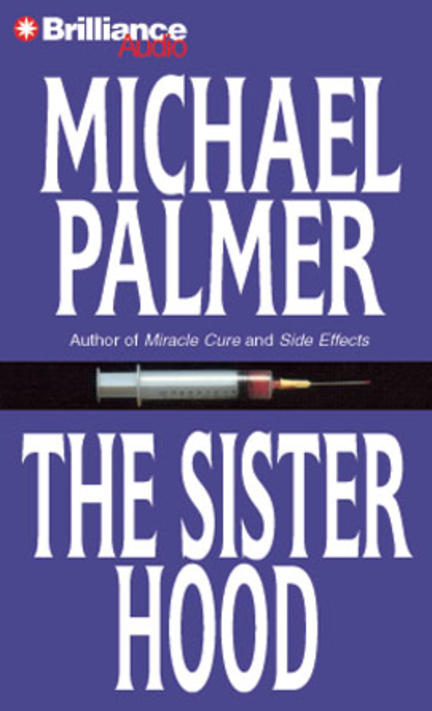 “A suspenseful page-turner…jolts and entertains the reader.” —Mary Higgins Clark

Inside Boston Doctors Hospital, patients are dying. In the glare of the operating room, they survive the surgeon’s knife. But in the dark, hollow silence of the night, they die. Suddenly, inexplicable, horribly. A tough, bright doctor will risk his career—his very life—to unmask the terrifying mystery. A dedicated young nurse unknowingly holds the answer. Together they will discover that no one is from…The Sisterhood.

Renée Raudman is a multi-award-winning audiobook narrator. A multiple Audie Award nominee, she has earned a number of AudioFile Earphones Awards, including for The Last Secret by Mary McGarry Morris and Wesley the Owl by Stacey O'Brien, as well as a Publishers Weekly Listen-Up Award for Joe Schreiber's Chasing the Dead. She has also performed on film, TV, radio, and stage, including the recurring roles of Jordon on ABC's One Life To Live, Phyllis on NBC's Passions, and guest-starring roles on prime-time TV. She has been heard in cartoons (The Simpsons, Billy & Mandy), videogames, and on the E! channel. Her narration of Homer's Odyssey by Gwen Cooper was selected by Library Journal as one of the best audiobooks of 2009, and her reading of Marthe Jocelyn's Would You was selected by the ALA as one of the best young adult audiobooks of 2009.

Other titles by Renee Raudman