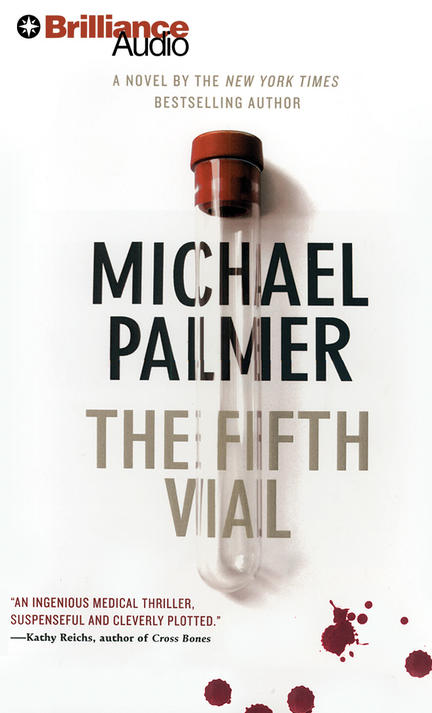 Get drawn into a novel of medical suspense that begins with these chilling questions: Who ends up with the blood samples you routinely give for tests? What else are they being used for? Why don’t you know?

From Boston, a disgraced medical student travels to South America to deliver a research paper that could save her career and becomes a victim of an unspeakable crime.… Thousands of miles away, a brilliant, reclusive scientist, dying from an incurable disease that threatens to make each tortured breath his last, is on the verge of perfecting a serum that could save millions of lives, and bring others inestimable wealth.… In Chicago, a disillusioned private detective, on the way to his third career, is hired to determine the identity of a John Doe, killed on a Florida highway, with mysterious marks on his body.

Three seemingly disconnected lives, surging unrelentingly toward one another. Three lives becoming irrevocably intertwined. Three lives in mounting peril, moving ever closer to the ultimate confrontation against a deadly secret society with godlike aspirations and roots in antiquity.

Medical student. Scientist. Private eye. Three people who will learn the deeper meanings of brilliance and madness, truth and deception, trust and betrayal.

Other titles by J. Charles