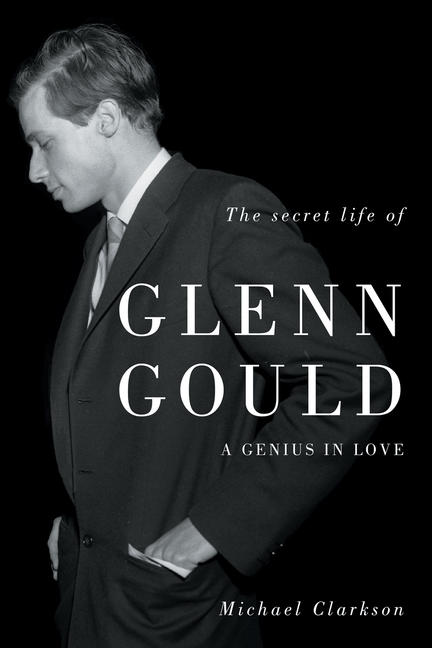 Long after his death, Glenn Gould still lures new listeners to his piano, connecting with them on a haunting, personal level. “He feels and you feel,” says young New York writer Nicole Spectre. “I can feel his pain and joy — it touches me. He speaks directly to me.”

But when he was known as the world’s greatest pianist in the 1950s and 1960s, just who was Gould playing for? His audience? Himself? His demanding mother? All are likely true, but he was also richly inspired by — and bared his soul at the keyboard to — a secret society of women, the girlfriends who stirred his hard-to-fetch emotions: Franny Batchen, Verna Sandercock, Cornelia Foss, Roxolana Roslak, and Monica Gaylord.

Of the eighteen books and nineteen documentaries by or about the most compelling virtuoso of the twentieth century, none have contained details about Gould’s many love affairs and how they affected his life, his music, and his filmmaking. Until now, biographers have tried to explain what came out of the music box, not the engine that drove it. The vault to his private life has remained locked since his untimely death in 1982 because of his obsessions with privacy and controlling his image, the loyalty of his carefully chosen friends and lovers, and the choice that biographers made to focus safely on his music and eccentricities.

The Secret Life of Glenn Gould will be the first true exposé of Gould, who until now has been assumed to be asexual, lonely, and egocentric, by examining his love and soul-mate relationships. His music was twelve-tonal and his documentaries “contrapuntal” — both were filled with overlapping voices — and so was his private life.

Michael Clarkson has written six psychology books, including Intelligent Fear and The Secret Life of Glenn Gould, and has won many newspaper awards for investigative stories, including a Pulitzer Prize nomination for a rendezvous with reclusive author J. D. Salinger. He is considered an expert in fear, producing new research and lecturing on the subject. While working in the Niagara region, he researched many ghost stories and got the only interview with a young man thought to have caused a poltergeist incident that affected an entire shift of police officers. He lives in Fort Erie, Ontario.

“Clarkson is the first to interview many of Gould’s loves and to fill in the gaps of his carefully controlled public image. . . . Many of Gould’s attempts at domesticity were short-lived, but together they give us a better understanding of the man behind the music.” — Canada’s History

“Clarkson has made a sizeable contribution to our understanding of this intensely private but deeply passionate artist — no small feat, given that Gould has already been the subject of at least 16 books and hundreds of articles, essays, and reflections. . . . The Secret Life of Glenn Gould is a must-read for all fans of the artist.” — Ink19

“This book contains fascinating information you cannot easily get anywhere else . . . Gould emerges as more human, and his extraordinary musical achievements become all the more remarkable.” — Winnipeg Free Press

“Clarkson shows himself to be a thoughtful commentator, offering the occasional salacious detail but opting for a decidedly respectful voice when recounting Gould’s amorous, often bittersweet liaisons. . . . A fresh and fascinating look at the human side of genius.” — Scene Magazine

“Fans of Gould will welcome this addition to the canon, which, despite its limited, voyeuristic ambition, is both revealing and respectful.” — Library Journal

Other titles by Michael Clarkson

The Age of Daredevils

An In-depth Investigation Into Floating Beds, Smashing Glass, and Other Unexplained Disturbances

How To Make Fear Work For You