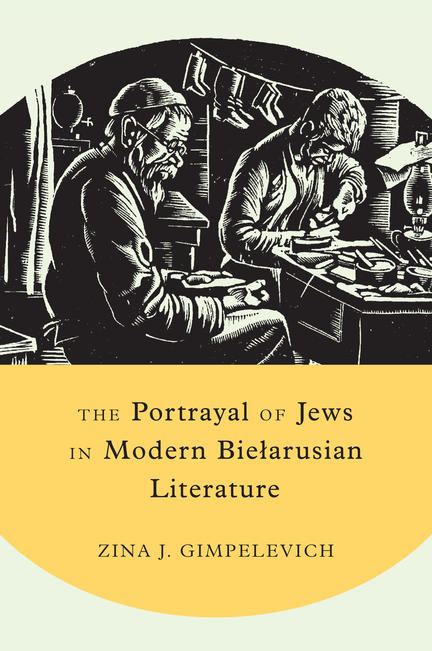 One of the notable distinctions of Bielarusian authors, compared to other writers in Slavic literatures, is their depiction of Jewish characters as natives to the land. The Jewish population in historic Bielarusian territories was the country’s largest minority, and Yiddish was one of the state languages of Bielarus between 1919 and 1938.

The Portrayal of Jews in Modern Bielarusian Literature sheds light on this little-known yet important part of Slavic and Jewish studies. Zina Gimpelevich demonstrates that the works produced by Bielarusian writers over a long period of time display a more consistent tolerance and sympathy towards Jews than has generally been recognized. Beginning several centuries ago but concentrating on the late nineteenth and twentieth centuries, she offers excerpts – and textual and comparative analyses – of works by Bielarusian poets, novelists, and dramatists, most of whom have not been previously translated into English. Each writer is discussed in terms of their socio-political background and the country’s history during the period in which they lived and wrote.

Bielarusian literature has influenced and enlightened public consciousness since the middle of the sixteenth century, despite the destructive actions of its many rulers. The Portrayal of Jews in Modern Bielarusian Literature offers deep insights into how the region’s Bielarusian, Jewish, and other cultures interacted over many centuries.

Zina J. Gimpelevich is professor emeritus of Slavic studies at the University of Waterloo and the author of Vasil Bykau: His Life and Works.

Other titles by Zina J. Gimpelevich

His Life and Works

His Life and Works