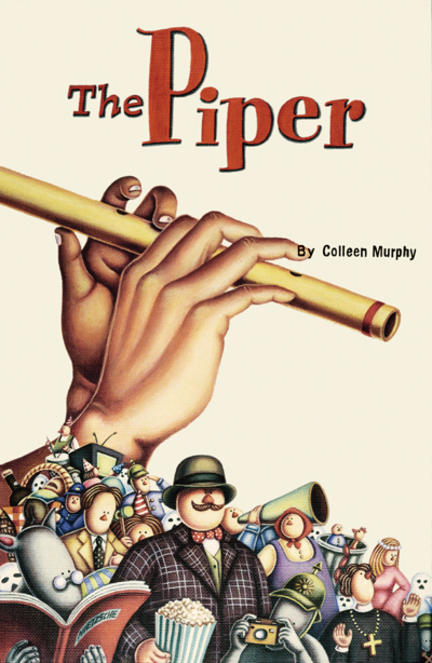 Rats take many forms in this corporate democracy of Hameln where an orchestrated chaos reigns and ghosts of dead children mingle with the living. Ruled by the weak but tyrannical Mayor Poppenheimer, the Town Council sells off essential services so they can buy more televisions and casino. A gang of Rats, led by Kingsley—who reads Nietzsche and longs to be human—bristle at being forced to do naughty jobs in exchange for leftovers. Into this greedy landscape comes Piper, a meek musician who is mortally afraid of bugs. He literally collides with Pink, the mayor's daughter, and they are instantly smitten. When the body of the deputy mayor's son is fished out of the Weser, moral outrage erupts, Kingsley is publicly tortured, and Hameln declares war on the Rats… then the fun begins. .