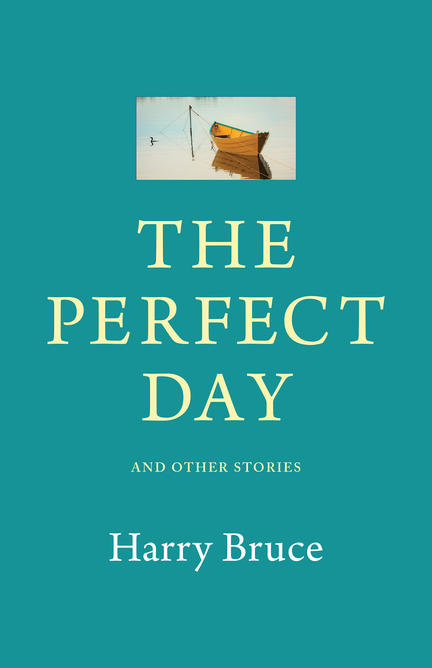 Favourably reviewing Harry Bruce’s Down Home: Notes of a Native Son more than 30 years ago, a critic in The Globe and Mail reported that it was from this book he’d learned that Nova Scotians often judged people or things on an ascending scale of merit that went like this: “good, some good, right some good, or right some Jesus good.” Down Home, he decided, was “right some good.”

Other critics have been less reticent. Bruce’s writing has inspired them to call him no less than “a consummate storyteller”; to marvel over his “magnetic style and marvelous command of the language”; to declare his prose “highly entertaining and gloriously informative”; and to insist that “only the spiritually dead or terminally obtuse could fail to come away from it richer for the experience.” About one collection of his works a reviewer decided, “We are obviously in the hands of a master.” Surely a master is right some Jesus good.

And now, The Perfect Day and Other Stories offers the best of Bruce’s best essays. From the sweet pain of first love and leaving home to the horrors of killer wasps, bloodthirsty flies, and marauding mice, from the relief experienced in every outhouse in the pines to the joy resounding from neighbourhood curling on a Scottish laird’s frozen pond, from the magic mist that sneaks into a ghost village on an abandoned island off Lunenburg to the sheer glory that parades of tall ships grant to great ports around the world, from fogs, bats, cats, and coyotes to the whales, thrones, stags, and steeples that make Atlantic Canada unique . . . they’re all here, and more, in Harry’s latest collection.

Since settling in Halifax in 1971, Harry Bruce has won a host of prizes for both magazines he has edited, and journalism and books he has written. At the Atlantic Journalism Awards in 2013, he won the Lifetime Achievement Award. He’s 86 now and keeps on writing.

Born and raised in Toronto, Harry Bruce has deep family and literary roots in Nova Scotia. Author of over twenty books and countless columns and articles in every major Canadian periodical, he was, successively, managing editor of Saturday Night, editor of The Canadian and columnist for The Star Weekly. He moved to Halifax as founding editor of Atlantic Insight, winner of the Outstanding Achievement Award of the National Magazine Awards Foundation. Respected worldwide as a writer, journalist and educator, in 2011 Harry Bruce received Atlantic Journalism's Lifetime Achievement Award. His book Lifeline earned the first Evelyn Richardson Memorial Literary Award for Non-Fiction. He continues to live in Halifax with his wife Penny, to whom he credits much of his success.

Other titles by Harry Bruce

The Story of the Atlantic Ferries and Coastal Boats

An Illustrated History of Nova Scotia

Foibles and Fetishes of Famous Writers

How Mavericks and Outsiders Made a Surprise Winner of Maritime Life

Notes Of A Maritime Son