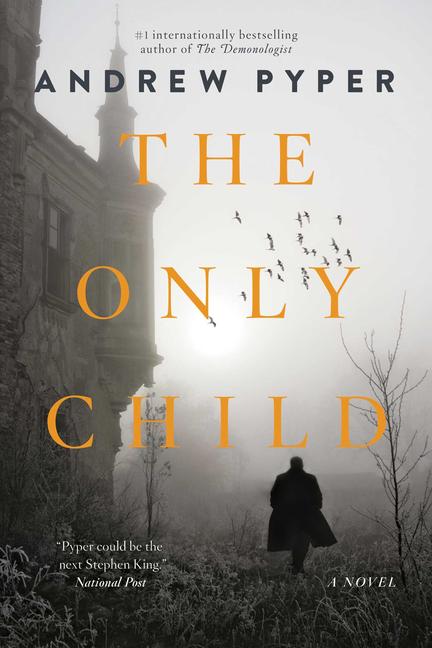 The #1 internationally bestselling author Andrew Pyper returns with a thrilling new novel about one woman’s search for a killer and the stunning secret that binds them to each other.

Dr. Lily Dominick has seen her share of bizarre cases as a forensic psychiatrist working with some of New York’s most dangerous psychotic criminals. But nothing can prepare Lily for her newest patient.

Client 46874-A is nameless. He insists that he is not human, and believes that he was not born, but created over two hundred years ago. As Lily listens to this man describe the twisted crime he’s committed, she can’t shake the feeling that he’s come for her—especially once he reveals something she would have thought impossible: He knew her mother.

Lily was only six years old when her mother was violently killed in what investigators concluded was a bear attack. But even though she was there, even though she saw it, Lily has never been certain of what really happened that night. Now, this stranger may hold the answers to the questions she’s buried deep within herself all her life. That’s when he escapes.

To discover the truth—behind her client, her mother’s death, herself—Lily must embark on a journey to find him that will threaten her career, her sanity, and ultimately her life.

Fusing relentless suspense with surprising emotion, The Only Child is a psychological thriller about family, identity and monstrosity that will keep you up until its last unforgettable revelation.

ANDREW PYPER is the author of Lost Girls, his highly acclaimed first novel that was a bestseller in Canada, in the Top 10 on the TimesUK paperback list and in the Top 30 of The New York Times paperback bestseller list. The novel was selected as a Notable Book of the Year by The Globe and Mail and The New York Times and is currently being adapted for the screen. His second novel, The Trade Mission, was selected as a Top 10 Best Book of the Year by the Toronto Star and was published in Canada, the US and the UK to great acclaim. Pyper is also theauthor of Kiss Me, a collection of short stories. While researching and writing The Wildfire Season, he spent three of the past five summers living in the Yukon. His home is in Toronto. Visit his website at www.andrewpyper.com.

Excerpt: The Only Child: A Novel (by (author) Andrew Pyper)

“A seductive gothic thriller for the modern age. Crafted with dark intrigue and cinematic drive, this mesmerizing journey into the heart of a monster is, at once, compelling, eerie and brilliantly satisfying.”

Ami McKay, bestselling author of The Witches of New York

“Pyper upends genre conventions once again . . . a high-concept dark fantasy novel . . . Lily's journey with a monster who inspired the very literary tradition Pyper so skillfully exploits provides . . . a satisfying confrontation with darkness, both personal and mythological, that readers expect from the best horror.”

Paul Tremblay, author of A Head Full of Ghosts and Disappearance at Devil's Rock

"Pyper's writing is gripping, and readers will undoubtedly make comparisons to Stephen King."

“So you're reading The Only Child, Pyper's newest book, and suddenly—kaboom!—the story is shot like a cannon blast across a very dark sky. Exactly the sort of light we pine for.”

"As much a psychological inquiry as it is an adrenaline-fueled thriller, layered with menace, mystery, and startling revelations that span centuries. A book that begs to be read in one sitting, with the doors locked, the lights low, and a sharp knife and a jug of holy water within reach, just in case."

Benjamin Percy, author of The Dead Lands, Thrill Me, Red Moon and The Wilding

PRAISE FOR THE ONLY CHILD

Other titles by Andrew Pyper

The Author Shows A Little Kindness