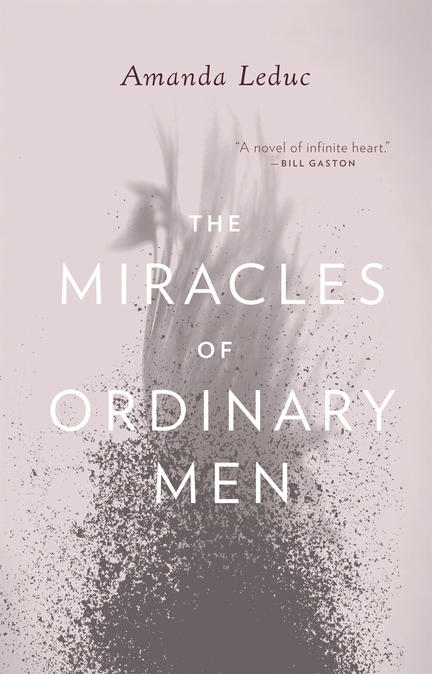 Amanda Leduc’s stunning novel is the tale of two unlikely dreamers: Sam, a man who wakes up one day to find himself growing wings, and Lilah, a woman who has lost her brother to the streets of Vancouver. As Sam finds himself falling away from the world as he grows feathers from his back, Lilah seeks sexual penance under the harsh hand of her boss, her own transformation subtle and terrifying. Sam and Lilah fall deeper into their separate spiritual paths, and the two hurtle closer and closer to a dark, unknown destiny — one that changes all that they know about life and pain, love and God, and how to find light in the most unlooked-for of places.

The Miracles of Ordinary Menre-examines the traditional roles of priest and prophet, damned and divine, and creates something monstrous and exquisite reminiscent of Carlos Ruiz Zaón’s The Angel’s Game, Flannery O’Connor’s The Violent Bear It Away, and Andrew Davidson’s The Gargoyle.

Amanda Leduc’s essays and stories have appeared in publications across Canada, the US, and the UK. She is the author of the novels The Miracles of Ordinary Men and the forthcoming The Centaur’s Wife. She has cerebral palsy and lives in Hamilton, Ontario, where she works as the Communications Coordinator for the Festival of Literary Diversity (FOLD), Canada’s first festival for diverse authors and stories.

“Amanda Leduc's prose expresses beauty in melancholy circumstances. In these stories where there is always more than meets the eye, I enjoyed the mysterious twists and connections between Lilah and Sam's lives.” — The Sacramento Book Review

“Leduc’s willingness to break narrative conventions, coupled with her precise deployment of literary and biblical allusions, allows her novel to eloquently traverse the territory between religious covenants and human aspirations.” — Necessary Ficion

“Leduc cleverly managers her dual narratives by unfurling them in alternating chapters that appear in descending order: the book opens with the tenth chapter and concludes with the first. This counting down suggests — as does the Judeo-Christian ethos it investigates — that the end of the story is, in fact, a new beginning.” — Toronto Star

“A finely tuned exploration into how people live their daily lives when they are heavily invested in the realm of the spiritual.” — Vancouver Sun

“The Miracles of Ordinary Men is darkly ambitious yet accessible, and mutable, for each reader will come to different conclusions.” — Globe and Mail

Other titles by Amanda Leduc

"A few speculative works, a few dystopias, an interest in the nature of God and of the human, and, especially, most of them, lovingly rendered character …

Stunning works that didn’t rack up the shortlist spots or awards, but still deserve the spotlight.

Because the workaday life can be a grind.

Amanda Leduc: On Owning It and The FOLD