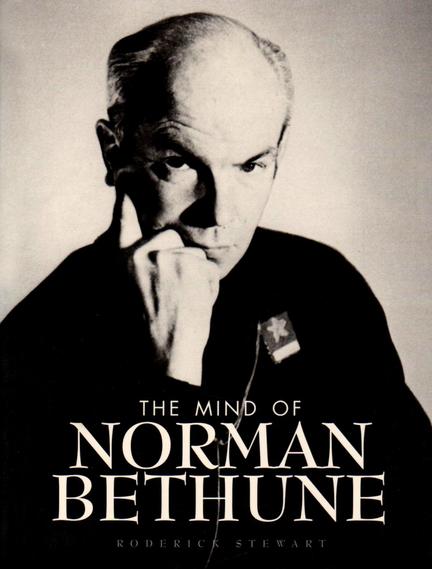 Bethune's distinctive place in modern history is now fully acknowledged. As a Montreal surgeon in the Great Depression, Bethune was drawn to left-wing politics. Determined to act on his beliefs, he went to Spain at the outbreak of its Civil War,
and set up the first ever mobile blood transfusion service for the Loyalist forces which operated in the thick of the fighting. In 1937, Dr. Bethune journeyed to China and aided Mao Zedong's forces who were then under attack by the Japanese.

Bethune was a complex, volatile man. His interests were many and diverse: medical,
political, literary and artistic. In this unique and engaging collection, the development of a most passionate and paradoxical man is finally revealed.

"...should generate renewed interest in this uniquely complex individual. Yes, Bethune was a special man and a larger-than-life character, and Stewart covers well the heroics. But what makes this work so powerful is that it lets Bethune speak for himself: the book depends on Bethune's own letters, poetry and papers."
- The Muskokan

"...an unusual biography of an unusual and enigmatic physician, drawn mainly from his letters, speeches, radio broadcasts, medical and political articles, poetry, drawings, paintings, and photographs. The extracts from Bethune's own materials are linked by concise but informative biographical notes by the author. Both write in a fluent readable style...should be of interest to anyone who is intrigued by unique and fascinating characters. It should be of particular interest to those studying the social history of medical practice in the first half of the 20th century, the medical history of the Spanish Civil War, and the history of blood transfusion."
- JAMA: Journal of the American Medical Association

Other titles by Roderick Stewart

A Pledge for Canada