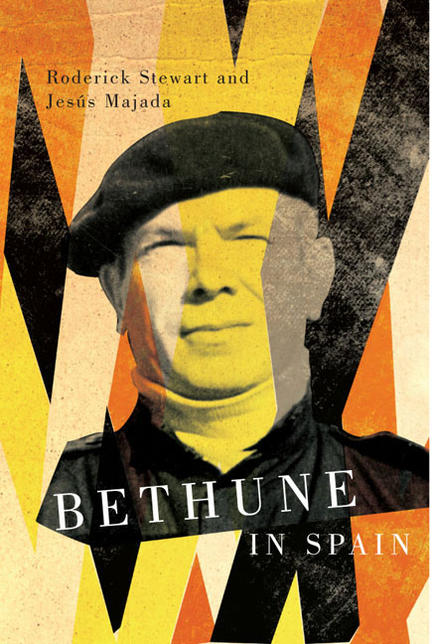 Norman Bethune (1890-1939) was a man who had everything, and yet had nothing. Although he had achieved international prominence as a surgeon, he was unhappy in his personal life and deeply frustrated by a failed attempt to introduce medicare to Canada. An uncompromising humanitarian in search of a cause, Bethune became immersed in the Spanish Civil War.

In Bethune in Spain, Roderick Stewart and Jesús Majada recount Bethune's achievements in Spain and the events that led to his decision to assist the Loyalist forces. The narrative contains Bethune's letters and reports, some of them reproduced here for the first time, as well as newspaper articles, and interviews with him. It covers his creation and operation of a mobile blood transfusion unit, his rescue of fleeing Loyalist civilians during the Malaga-Almeria road tragedy, and his efforts to aid children orphaned by the War. It also deals with the gruelling public-speaking tour Bethune undertook on his return to Canada in 1937 to plead for intervention in support of democracy in Spain and to raise awareness of atrocities committed against civilians by the fascist-backed Spanish Nationalists.

Illustrated with photographs from Bethune's seven months in Spain, Bethune in Spain is a poignant portrait of an early advocate for universal health care, an unwavering communist, and a crusader for the Spanish Republican cause.

Jesús Majada, a writer and retired teacher of Spanish literature, lives near the city of Málaga in southern Spain.

Other titles by Roderick Stewart

The Mind of Norman Bethune

A Pledge for Canada