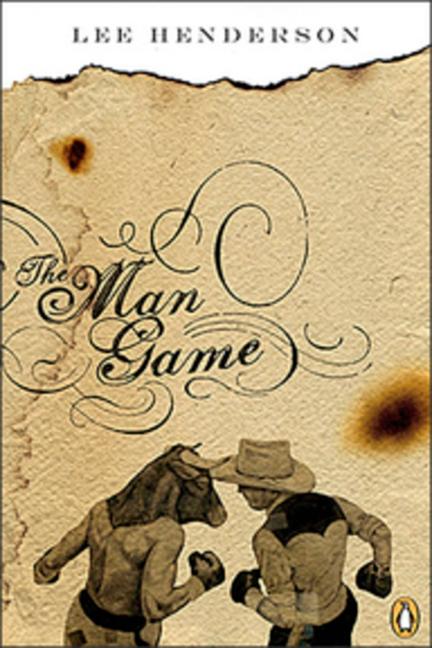 On a recent Vancouver Sunday afternoon, a young man stumbles upon a secret sport invented more than a century before, at the birth of his city. Thus begins The Man Game, Lee Henderson’s epic tale of loved requited and not, that crosses the contemporary and historical in an extravagant, anarchistic retelling of the early days of a pioneer town on the edge of the known world.

In 1886, out of the smouldering ashes of the great fire that destroyed much of the city,Molly Erwagen—former vaudeville performer—arrives from Toronto with her beloved husband, Samuel, to start a new life. Meanwhile, Litz and Pisk, two lumberjacks exiled after the fire, and blamed for having started it, are trying to clear their names. Before long, they’ve teamed up with Molly to invent a new sport that will change the course of that fledgling city’s history.

Lee Henderson is the award-winning author of The Broken Record Technique and The Man Game. His writing appears in the PEN Canada anthology Finding the Words and the speculative fiction anthology Darwin’s Bastards. For a decade he has written about contemporary Canadian artists for Border Crossings magazine. He has exhibited artwork in Vancouver, Toronto, and elsewhere, and curated shows of contemporary art and experimental music, including the inaugural selection for Hamish Hamilton Canada’s online gallery, The Looking Glass. He has led workshops for UBC and the Summer Literary Seminar and mentored at the Banff Centre for the Arts, and he currently teaches creative writing at the University of Victoria. His new novel, The Road Narrows As You Go, will be published by Hamish Hamilton in September 2014.

“The Man Game is as brilliant and twisted as a funhouse mirror, and Henderson is a wildly seductive ringmaster." - - Quill & Quire

“The Man Game is one of the most entertaining, rollicking and original Canadian novels I've ever read.” - - Toronto Star

“One of the strangest, strongest and most fascinating pieces of fiction to come around in some time...Totally captivating and terrifically different, this is a novel filled with action, tension and magic.” - - Owen Sound Sun Times

Other titles by Lee Henderson

The Road Narrows As You Go