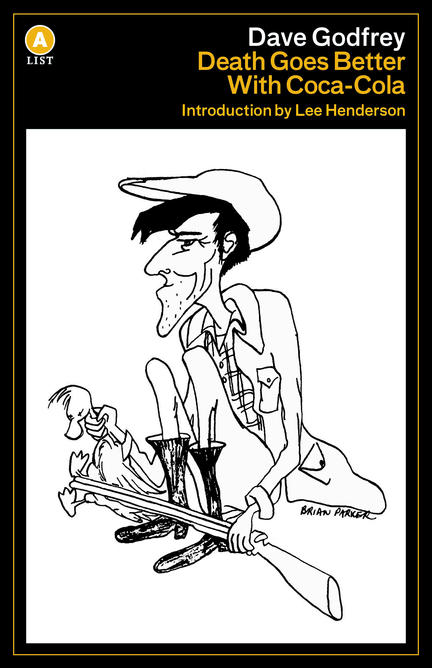 Originally published in 1967, Dave Godfrey’s debut collection features stories about hunting — in Florida, in Africa, and in northern Ontario. They are about the interplay of gun and subway, decoy and stock market, guide and draft dodger. But they are more than just stories about hunting. Death Goes Better with Coca-Cola is a powerful example of the idiosyncratic imagination of a writer who broke new ground in fiction. It is a seminal collection by one of Canada’s most influential literary figures and it is a must-read for those who want to understand Canada’s literary landscape, past and present.

DAVE GODFREY was born in Winnipeg, Manitoba, in 1938. A writer, publisher, and academic, Godfrey published three works of fiction: the novel The New Ancestors, winner of the Governor General’s Literary Award for Fiction, and the short story collections Death Goes Better With Coca-Cola and Dark Must Yield. He was co-founder of both House of Anansi and New Press, and ran Press Porcépic with his wife, writer Ellen Godfrey. He studied at the University of Toronto, Iowa, and Stanford, and taught literature at the University of Toronto and the University of Victoria. Dave Godfrey died in Victoria, B.C., in 2015.

Lee Henderson is the award-winning author of The Broken Record Technique and The Man Game. His writing appears in the PEN Canada anthology Finding the Words and the speculative fiction anthology Darwin’s Bastards. For a decade he has written about contemporary Canadian artists for Border Crossings magazine. He has exhibited artwork in Vancouver, Toronto, and elsewhere, and curated shows of contemporary art and experimental music, including the inaugural selection for Hamish Hamilton Canada’s online gallery, The Looking Glass. He has led workshops for UBC and the Summer Literary Seminar and mentored at the Banff Centre for the Arts, and he currently teaches creative writing at the University of Victoria. His new novel, The Road Narrows As You Go, will be published by Hamish Hamilton in September 2014.

Easily the most talented and abundant of the short story writers who are still in their twenties.

Probably the most gifted young short-story writer in English Canada.

The Oxford Companion to Canadian History and Literature

If I had to put my money on a Canadian writer most likely to produce first-rate work in the next decade, I’d bet it on Dave Godfrey.

Other titles by Lee Henderson

The Road Narrows As You Go