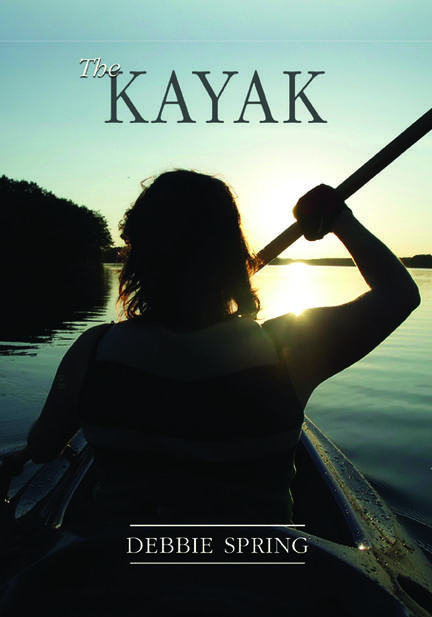 An accident leaves a teen in a wheelchair and her only freedom comes with kayaking. Meeting a wind surfer who she has saved triggers feelings of wanting to belong and be accepted, and her life begins to change as she starts to look at herself not just as a victim in a wheelchair.

Debbie Spring has been writing for over twenty years. Her publication The Righteous Smuggler from The Holocaust Remembrance Series (Second Story Press) was shortlisted for CBC's Young Canada Reads. Her short story "The Kayak" was published in the anthology Takes: Stories for Young Adults (Thistledown Press), which won the Canadian Library Association's Young Adult Award and the Saskatchewan Book Award for Education.

In the last year, everything has changed for 17-year-old Teresa. Hit by a driver who fled the scene of the accident, she suddenly lost the ability to walk. Her parents have become extremely overprotective, her younger sister Karen is now always getting “the short end of the stick,” and it seems the only time Teresa can feed her desire for freedom and adventure is when she’s on water, in her kayak.

Now, on a family camping trip on Georgian Bay, Teresa has lots of opportunities to kayak, and she loves the thrill of challenging herself in the water — her strength and endurance are put to a satisfying test and the kayak becomes an extension of her body. On one of those days, Teresa rescues Jamie, whose first attempt at windsurfing is a near disaster. So begins a friendship that quickly turns into something more. Jamie understands and respects Teresa, but her relationship with him brings its own challenges. There is Kat, Jamie’s ex-girlfriend and long-time friend, who wants Jamie back and Teresa out of the way. There is Zef, the intense, serious older boy who offers her a different kind of adventure and wants her for himself. Teresa must choose what — and who — she wants. And when memories about the accident begin to surface, Teresa faces an unexpected curveball.

Debbie Spring’s The Kayak is set on beautiful Georgian Bay and is full of camping and water adventures. It is about healing, growing up, dealing with changes and choices, and handling the unexpected. This story would be even better with a little more “show” and a little less “tell,” and the author might have imbued Teresa with some understanding that living with her disability is a different, challenging — and not necessarily worse — way to be. That said, Teresa is a strong character who undergoes considerable personal growth. The Kayak is a fast-paced, intriguing read that young people will enjoy.

Other titles by Debbie Spring