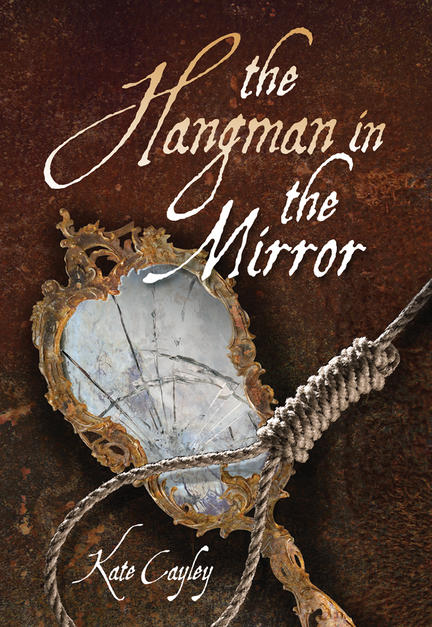 Kate Cayley is the author of two previous poetry collections, a young adult novel, and two short story collections, including How You Were Born, winner of the Trillium Book Award and shortlisted for the Governor General's Literary Award for Fiction. A tenth anniversary edition of How You Were Born is forthcoming from Book*hug Press in 2024. She has also written several plays, both traditional and experimental, which have been performed in Canada, the US, and the UK. She is a frequent writing collaborator with the immersive company Zuppa Theatre. Cayley has won the O. Henry Short Story Prize, the PRISM International Short Fiction Prize, the Geoffrey Bilson Award for Historical Fiction, and a Chalmers Fellowship. She has been a finalist for the K. M. Hunter Award, the Carter V. Cooper Short Story Prize, and the Toronto Arts Foundation Emerging Artist Award, and longlisted for the Frank O'Connor International Short Story Prize, and the CBC Literary Prizes in both poetry and fiction. In 2021, she won the Mitchell Prize for Faith and Poetry for the title poem in Lent. She has been writer in residence at McMaster University and the Toronto Public Library, and mentored emerging writers through the University of Guelph Creative Writing MFA, the University of Toronto School of Continuing Studies, Diaspora Dialogues, and Sisters Writes. Cayley lives in Toronto with her wife and their three children.

“… a page-turner on the themes of class distinction, women's friendship, and jealousy. Highly recommended.”—CM Reviews, 11/11

“… does everything good historical fiction should—give the reader a tremendously detailed sense of time and place … through the eyes of a protagonist whose emotions are relatable to a modern audience.”—Foreword Reviews, 10/11

“... it is a very theatrical book: attention is made to set, to perfectly-crafted dialogue, to action, to the beautiful curtain at the end of the beautiful story, leaving the reader/audience breathless with the power of a simple climactic sentence.”—A Fair Substitute for Heaven, 11/21/12

“... Cayley has taken a sliver of Canadian history and filled it out to become a fascinating flash of life in early Montreal.”—Resource Links, 12/11

“... her viewpoint captures history through the brutal daily life of a smart, hungry girl who must learn to be ‘well-bred’...”—booklist.com, 12/28/11

“With its engaging heroine, keen attention to historical detail and appealing cover, this book would make a great addition to a school library and is a fascinating read for teens ...”—The Canadian Children’s Book Centre, Fall/12

“The author is commended for bringing this intriguing tale into public consciousness ... recommended especially for providing a fascinating glimpse into Canadian history.”—The Deakin Review of Children’s Literature, 10/12

The year is 1751, and the setting is New France in this fascinating new piece of historical fiction by Kate Cayley.

The account of 15-year-old Françoise Laurent’s escape from a sentence of death by hanging is based on a true story. (Using the same set of historical facts, the author wrote and directed the play The Hanging of Françoise Laurent.)

Life isn’t easy when you’re the only daughter in a povertystricken family in eighteenth-century Montreal. Living with an alcoholic father and a mother who takes in the washing of the poor to help the family, means our heroine Françoise knows nothing but hardship and a longing for something better.

When both of her parents suddenly die, Françoise takes a position as a maid to Madame Pommereau, the wife of a wealthy fur trader. Madame Pommereau is not an easy mistress to work for, and life in the Pommereau household is far from pleasant. However, when Françoise is sentenced to death by hanging for stealing a pair of her mistress’s gloves, she has the wherewithal to devise a scheme to escape her fate.

Kate Cayley’s depiction of Françoise’s hardships and adventures truly captures what life was like in New France during this period. Lovers of historical fiction will be fascinated by the details of the lives of the well-to-do and the poor. Particularly impressive are the descriptions of the bustling marketplace and street life of old Montreal.

With its engaging heroine, keen attention to historical detail and appealing cover, this book would make a great addition to a school library and is a fascinating read for teens interested in life in New France. This novel would also be a super contender for the Geoffrey Bilson Award for Historical Fiction for Young People.

In 18th century New France, Françoise Laurent’s parents die suddenly, and she takes a job as a maid to the wife of a wealthy fur trader. When she is caught stealing the gloves of her mistress, she is condemned to die. Her only escape is to marry the hangman. This novel is based on a true story.

Hangman in the Mirror, The