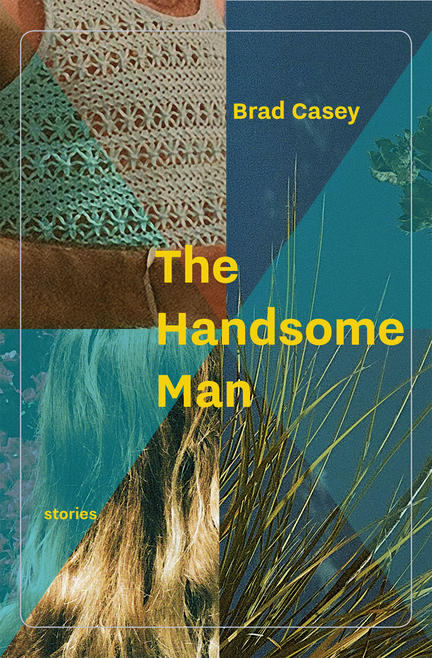 The Handsome Man is a collection of linked stories that follow several years of the life of a young man as he is drawn around the world: from Toronto to Montreal, New York, Ohio, New Mexico, British Columbia, Berlin, Rome, and Northern Ontario, along the way meeting hippies, healers, drinkers, movie stars, old friends, and welcoming strangers. He isn’t travelling, however; he’s running away. But as far and fast as he runs, the world won’t let him disappear, and each new encounter and every lost soul he meets along this journey brings him closer and closer to certain truths he’d locked away: how to trust, how to live in this world, and most of all, how to love again.

Brad Casey is a Toronto-based writer and photographer. His debut book of poetry, The Idiot on Fire, was published in 2016. He is a former staff writer for VICE, and has had numerous articles published internationally and in dozens of languages. In 2014 he founded and was Editor in Chief of the limited-run literary journal The 4 Poets. His writing has appeared in Hobart, Peach Mag, The Puritan, BAD NUDES, GlitterMOB, and more. He has organized reading events and performed his work in Toronto, Montreal, New York, Los Angeles, Berlin, and Gothenburg. The Handsome Man is his debut book of fiction. Find Brad online at bradcasey.com.

Praise for The Handsome Man:

"I admire the emotional openness, tenderness and deeply uncynical tone of The Handsome Man, a novel-in-stories that feels unlike anything else I've read recently. Brad Casey's fiction debut is a gem that celebrates little blips of happiness and small, elusive moments of genuine human connection." —Guillaume Morissette, author of New Tab and The Original Face

"This book illustrates the struggle to create stability in this kind of life, exposing the magical and transcendent possibilities of living life on the edge without a long-term plan" —Ashley Obscura, author of Ambient Technology

"This book is gentle, sensitive, and full of longing, and reading Casey is like catching up with a long-lost friend for a big, cold beer." —Rollie Pemberton, aka Cadence Weapon.

Other titles by Brad Casey

The Idiot on Fire