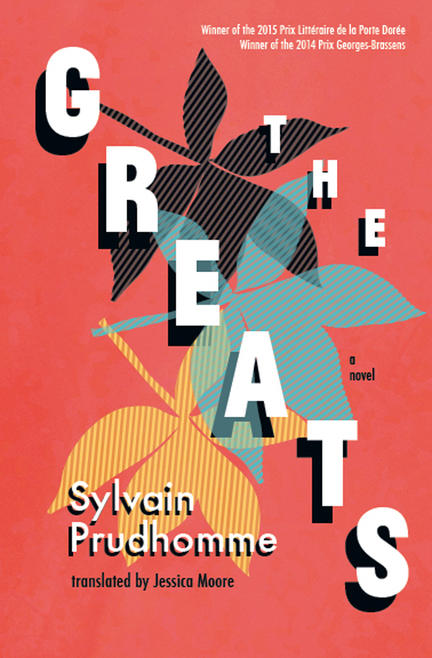 Guinea-Bissau, 2012. Mixing fiction and fact, Sylvain Prudhomme revisits the famous '70s music group Super Mama Djombo, as seen through the eyes of Couto, the laconic guitarist. After learning of the death of the singer, Dulce—once the love of his life&mdashCouto wanders through the capital city, from bar to bar, friend to friend. Thirty years file past in his memories: of the woman he loved, of guerillas fighting against Portuguese colonizers, and of the golden days of a legendary band that played all over the world with a sound that was new, fresh, and driven by the pride of an entire country.

Tension mounts page after page as the group prepares a final concert in Dulce's honour, even as a coup d'état is prepared by her husband, Guinea-Bissau's Army Chief of Staff.

Born in France in 1979, Sylvain Prudhomme grew up in Cameroon, Nigeria and Burundi before returning to Paris to study literature, and then becoming director of the Franco-Senegalese Alliance in Ziguinchor, Senegal, from 2010 to 2012. Contemporary Africa, where he lived and worked for so many years, is one of his major sources of inspiration. Sylvain is the author of six novels. Les grands (Gallimard 2014) was named the "Révélation française de l'année 2014" in Lire Magazine's best books of the year, and won the Prix Georges Brassens and the Prix de la Porte Dorée. His most recent book, Légende (Gallimard 2016), was a finalist for the Grand Prix de l'Académie Française, and winner of the Prix François Billetdoux and the Prix Révélation SGDL.

Jessica Moore is the author of a collection of poems, Everything, now (Brick Books, 2012), and the translator for Mend the Living (Talonbooks, 2016), a translation of the novel by Maylis de Kerangal, which was longlisted for the 2016 Man Booker International Prize and won the Wellcome Book Prize in 2017. Moore’s writing has also appeared recently in BOMB, Canadian Art, Arc, CV2, The New Quarterly, Carousel, The Volta and The Antigonish Review. Moore lives in Toronto, ON.

Priase for The Greats:

"The chronicle of a success story, a story of love and friendship set against the backdrop of a coup d'état, The Greats is also a beautifully written book. Vibrant and smooth, each line pulls us into an avalanche of sensations, of carnal notes where the 'descending tone' of creole words are scattered like pearls.... A sumptuous stroll through an Africa on the verge of a rebirth." —Les Inrockuptibles

"A magnificent ode to music, love, and friendship.... This book will change you." —Lire

"One of the most poetic texts of the new literary season." —Des livres"Languorous and taut, Les grands is full of swing and style.... Readers will savour each note." —Livres hebdo

"Jessica Moore’s splendid translation captures the languorous rhythm of Prudhomme's homage to Guinea-Bissau, the vivid detail of his night stroll through the country's shifting music scene, and its ruthless, recurring, political upheavals since independence.” —Martha Baillie, author of If Clara and The Search for Heinrich Schlögel

Other titles by Jessica Moore

Birth of a Bridge ebook

Birth of a Bridge