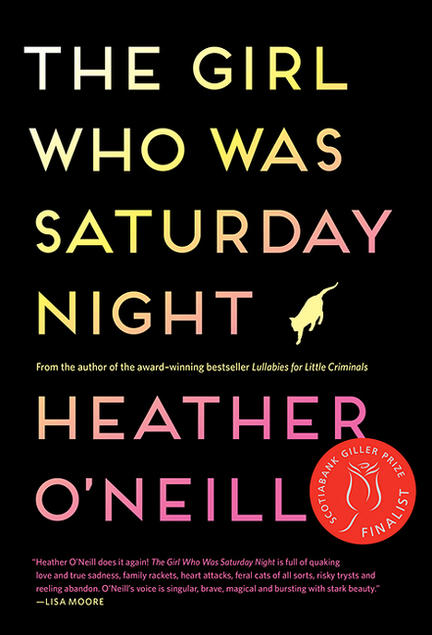 Gorgeous twins Noushcka and Nicolas Tremblay live with their grandfather Loulou in a tiny, sordid apartment on Saint Laurent Boulevard in Montreal. They are hopelessly promiscuous, wildly funny and infectiously charming; the darlings of their down-and-out neighborhood. They are also the only children of the legendary French Canadian folk singer etienne Tremblay, who was famous for not just his brilliant lyrics about working-class life but also his philandering bon vivant lifestyle and his fall from grace. Known by the public as Little Noushcka and Little Nicolas since they were children, these inseparable siblings have never been allowed to be ordinary.

On the eve of their 20th birthday, the twins’ self-destructive shenanigans catch up with them when Noushcka agrees to be beauty queen in the local Saint Jean Baptiste Day parade. The media spotlight returns, and the attention of a relentless journalist exposes the cracks in the family’s relationships. Noushcka tries to escape by marrying an eccentric and troubled boy named Raphael, although Nicolas and Loulou are reluctant to let her leave their mad fold. Raphael takes her away, but for better or worse, Noushcka is a Tremblay—and when tragedy strikes, home is the only place she wants to be.

With all the wit and poignancy that made Baby such a beloved character and Lullabies for Little Criminals an international bestseller, O’Neill writes of an unusual family and what binds them together and tears them apart. She lovingly portrays the seedy, beautiful side of Montreal and of French Canadian life. The Girl Who Was Saturday Night is classic, unforgettable Heather O’Neill.

“Heather O'Neill does it again! The Girl Who Was Saturday Night is full of quaking love and true sadness, family rackets, heart attacks, feral cats of all sorts, risky trysts, and reeling abandon. O'Neill's voice is singular, brave, magical, and bursting with stark beauty.” —Lisa Moore, Giller-shortlisted author of Caught

“A marvelously intriguing novel of a family in dissolution, each member of which is richly and memorably characterized. . . . Compulsively readable, The Girl Who Was Saturday Night is a delight for any night.” —Booklist (Starred Review)

“A unique, urgent and edgy voice. Wry on the one hand, sometimes tragic on the other. . . .This is a rollicking novel about sad child stars coming of age, with a political twist.” —Now Magazine (NNNN)

“O’Neill’s unique strength as a prose stylist has always been in the strength of her individual sentences, and in The Girl Who Was Saturday Night, the way she wields an image feels less like style than superpower.” —National Post

“The novel consolidates the strengths of [Lullabies for Little Criminals] and takes it all to a new level of daring, sophistication and emotional richness. If there were any doubts at all that Heather O’Neill is a major writer with a unique voice, The Girl Who Was Saturday Night lays the question to rest. It is a tour de force.” —The Gazette (Montreal)

CDNs on the 2015 International DUBLIN Shortlist

City Books and Too Much on the Inside, a list by Danila Botha

Where spring is glorious. Summer is manna. Autumn is beautiful, albeit melancholy. But winter always rules.

Nisha Coleman and Busker: Stories from the Streets of Paris

Coleman's memoir shows the City of Love like you've never seen it before.

City Books and Too Much on the Inside

Danila Botha on the books that inspired her to write about life in the city in her new novel, Too Much on the Inside.