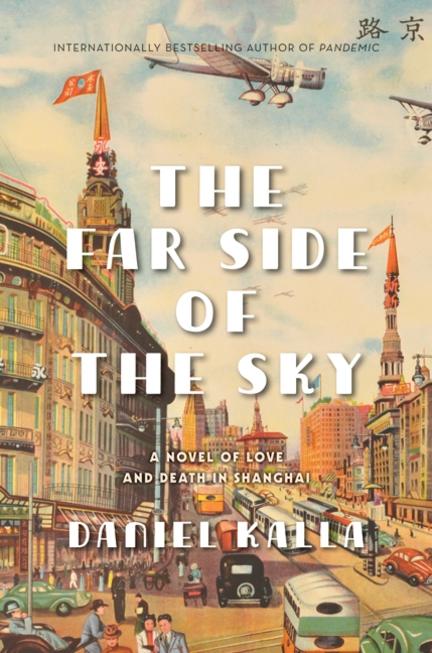 On November 9, 1938—Kristallnacht—the Nazis unleash a night of terror across Germany that paves the way for Hitler’s “Final Solution.” Meanwhile, the Japanese Imperial Army continues to rampage through China and tighten its stranglehold on Shanghai, a besieged and divided city that becomes the last haven for thousands of desperate European Jews.

Dr. Franz Adler, an Austrian Jew and renowned surgeon, is swept up in the wave of anti-Semitic violence washing over Vienna and flees to China with his daughter. There, at a Shanghai refugee hospital, Franz meets an enigmatic nurse, Soon Yi “Sunny” Mah. The chemistry between them is intense and immediate, until Sunny’s life is shattered when a drunken Japanese sailor attempts to rape her and murders her father.

The danger escalates for Shanghai’s Jewish refugee community as the Japanese ally themselves militarily with Germany and attack Pearl Harbor. Soon, the Japanese overrun the European enclaves within Shanghai. Facing starvation, disease and the threat of internment—or worse—Franz struggles to keep the refugee hospital open while protecting his own family and fights to outwit the Nazis and save the city’s Jewish community from a terrible fate.

The Far Side of the Sky focuses on a short but extraordinary period of Chinese, Japanese and Jewish Second World War history, where cultures converged and heroic sacrifices were part of the everyday quest for survival.

DANIEL KALLA is the internationally bestselling author of Pandemic, Resistance, Rage Therapy, Blood Lies, Cold Plague, Of Flesh and Blood and The Far Side of The Sky. His novels have been translated into ten languages. He practises emergency medicine in Vancouver, B.C., where he lives with his family.

“Wartime Shanghai is captured in vivid, tumultuous detail in this adrenalized survival epic.””

“A family saga set in the world of medicine. It’s full of twists and turns and long-brewing feuds.”

“Kalla deftly portrays the triumph and heartbreak of life-or-death matters.”

“In The Far Side of the Sky, a refugee doctor, war-torn Shanghai, and Eichmann’s monstrous bureaucracy collide with surgical precision. . . . Kalla’s characters mend both body and soul.”

“Sweeps the reader along for the ride.”

“A truly wonderful and important book that adds a fictional story to a significant part of little-known Jewish history.

“Combining his medical background with meticulous research, Kalla has written the best sort of historical fiction, in which individual lives are shaken by the tectonic forces of history—and then miraculously reconstructed.”

“Kalla’s surgeon-steady hand deftly keeps this story moving forward. Readers are sure to develop a genuine interest in the characters’ fates.”

“An amazing novel steeped in vivid descriptions of Austria and China.”

“Time and time again, Kalla shows us the great good people can do, yet never shies from showing real evil in the minutest detail. These are wonderful characters, and Sunny Mah is a heroine for the ages.”

“With its unusual setting and blend of terror, hope, and love, this historical novel deserves a wide readership.”

Other titles by Daniel Kalla

We All Fall Down

Far Side Of The Sky

Of Flesh and Blood