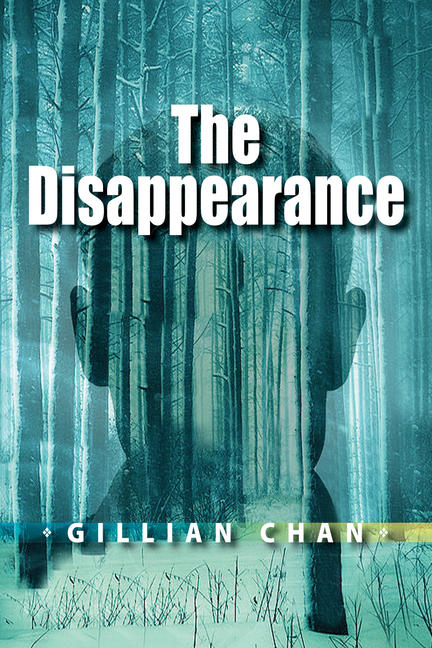 A fast-paced, gritty mystery with a supernatural twist.

This novel centers on the unlikely friendship between two boys, Jacob Mueller and Mike McCallum. Jacob seems to be from a different world. After mystifying experts and doctors, who finally decide that he is an elective mute, Jacob ends up in a juvenile group home, isolated and withdrawn, the butt of teasing by the other kids. Mike exists in his own private hell. Scarred physically and emotionally after the murder of his younger brother, his one aim is to survive the system until he is legally old enough to get out. He uses his horrific appearance, imposing size, sharp intelligence, and a calculated brutality to keep everyone at bay—until he encounters Jacob. Almost despite himself, Mike is fascinated by Jacob, particularly the way in which he seems able to shut out the world around him. This fascination deepens and becomes tinged by a mixture of awe and horror when Jacob starts to talk, and appears to have knowledge of Mike’s past, and in particular of his dead brother. Mike takes it upon himself to solve the puzzle that is Jacob Mueller, and when he comes to what seems to him to be the impossible conclusion that Jacob is from another time, he makes it his mission to return him home. In order to do so, Mike has to make hard choices: choices which could offer the chance of redemption, but only at great cost.

“So you’ve found nothing, right?”

I was bone tired of the mind games they’d been playing. Thought I’d liven things up a bit by changing tactics. Up until then I’d been giving them the silent treatment, keeping my lips clamped tight shut whenever they asked a question, not even breathing hard in case they took it as some sort of assent. Unusual word that, eh? Assent, I mean. Bit incongruous from a rough hard-ass like me. Oops, there I go again, throwing in another one.

Words are my thing, see, only no one knows it. Always have been, ever since I learned to talk. They give you power, do words. Because I look such a thug, and, I’ll admit it, act like one most of the time, people think I’m dumb, but there’s very little I don’t understand. You’d be surprised how much people say in front of me, particularly those in charge, because they think it’ll go over my head. Wrong! I’m careful though in the way I use words. I’ll think the big ones, but for anything public I’m monosyllable man and master of the all-purpose grunt.

Not saying anything for nearly four hours hadn’t been a problem. It was totally pissing off the cops, so now that I had spoken it was pathetic to see the wave of relief that visibly swept over them. It was like they had a neon sign over their heads, saying, “The little bastard’s finally cracked.”

I went straight back into silent mode while they pounded me with questions.

“What should we have found, Mike?”

“Come on, tell us where Jacob is.”

“We know you left the group home together. Vinnie said you ran after you nearly killed Paddy.”

I fought down a smile. That simple sentence contained two things that made me happy. Vinnie had come through for us. He said he’d give us two hours and he had. Paddy was alive.

“Where did you go, Mike? You were gone for two days. We know you went to Dundas the first night and that Jacob was with you. A woman in the donut store called the tip line after we put your photograph on the news. She said you’d both been in. Said you’d bought some hot chocolate and donuts —supplies, eh? Planning to camp out, maybe?”

It was the ugly one asking the bulk of the questions, the one with the big nose that twisted to one side. He was being the good cop, his voice was kind and he kept the anger and frustration out of his eyes for most of the time. Not like the other one. He looked at me like I was a piece of wet dog crap he’d found on his shoe. That one was smooth looking, all well cut suit and styled hair, but his eyes were cold and I knew that he’d like nothing better than to hit me, beat the answers out of me. What he didn’t know was that if he tried, he’d only land the one blow because I’d have him. Not only am I big and strong for my age, I’m fast, too.

“Did you do something to Jacob?” Pretty Boy smiled at me. There was an insinuation in those words: the way he said “do” made it clear what he was hinting at.

I didn’t let myself react, just smiled at him. It got right up his nose and I saw his fists clench. When he saw me looking, he quickly pulled his hands under the table top.

Ugly tried again, picking up where he left off. “The next day, early evening, you surface in Hamilton, pan-handling outside the GO station, but Jacob’s not with you anymore.”

“You blew it there, didn’t you, you little punk?” Pretty Boy smirked at me. “Turned nasty when someone refused you. Not very smart that, was it? Because when the police came, they recognized you, too.” He laughed. “Not that you’re hard to recognize, not with that face.” I heard the social worker they’d assigned to me draw in his breath at that, make a strangled sound, but he didn’t have the guts to say anything more. Pretty Boy continued, “So that’s how you ended back here with us. Now, cut the crap. Tell us what happened to Jacob?”

I smiled again, couldn’t help it, because he was the one who wasn’t being very smart. I mean, wasn’t it obvious that I wanted to be picked up at that point? Turned nasty didn’t even describe what I did. It was beautiful—loud and dramatic, a complete melt down: spit and four letter words flying, I’d grabbed some old geezer by the lapels, shaken him, and kept a hold of him until some passersby rushed to his aid. Then I let myself be overpowered, which, if you’ve ever seen me is a bit of a joke.

Jacob was long gone by then.

They’ll never find him, not ever, no matter how hard they look.

Knowing that, I can stand whatever crap they throw at me. So, maybe it’s all right to talk. Only I think I’ll keep them waiting a bit longer. Why? Because it amuses the hell out of me to piss them off, and because, more importantly, I have to get it straight in my head first, because if I am honest, I’m not really sure what happened to Jacob. All I know is that he is safe.

“A solid genre-blurring addition that doesn’t shy away from realistic violence and language.”

“For readers looking for a twisted supernatural mystery with engaging characters, The Disappearance is an excellent choice.”

“A fast-paced, creepy mystery with a realistic setting . . . . Reluctant highly capable readers will be enticed, as will fans of R. L. Stine, Ripley’s Believe It or Not, and ghost stories.”

“Will appeal to all middle-school-aged students.”

“[An] extraordinary plot twist . . . [which] is unexpected and unique and wholly convincing.”

“The characters are excellent and drafted carefully and fleshed out completely.”