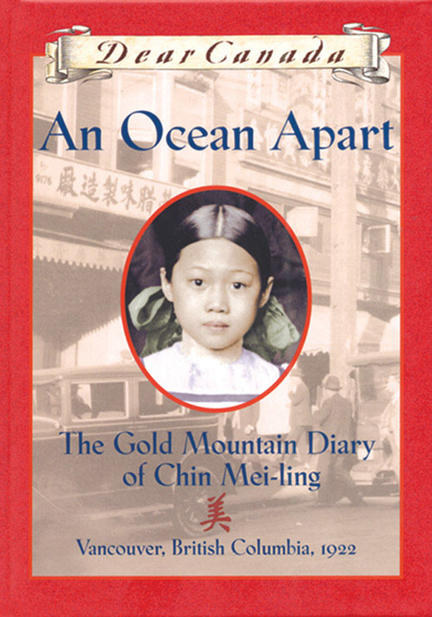 With over 400,000 books already in print, the Dear Canada series has fast become the book series for children.

Each fictional diary invites readers into the world of a girl living through a particular period in Canada's past. Gillian Chan's latest addition illustrates the effect the Chinese Head Tax has on one young girl and her family. Mei-ling and her father are struggling to pay the head tax that will allow her mother and brother, who are still living in China, to come to Canada. They must have that money before the impending Exclusion Act bars any more Chinese from immigrating. What will happen if they can't come up with enough in time to reunite their family?

"Scholastic has assembled some of Canada's most talented writers to pen an outstanding history series called 'Dear Canada.' Through careful research, gifted storytelling, credible and likable characters, the... books in this series bring the past to life through the stories of ordinary young people who lived through the extraordinary early days of our country." -Today's Parent, Five Star Review

"Written by well-respected children's authors to introduce children to important aspects of the social history of Canada." -City Parent Magazine

"What fine fiction these books are." -Books in Canada