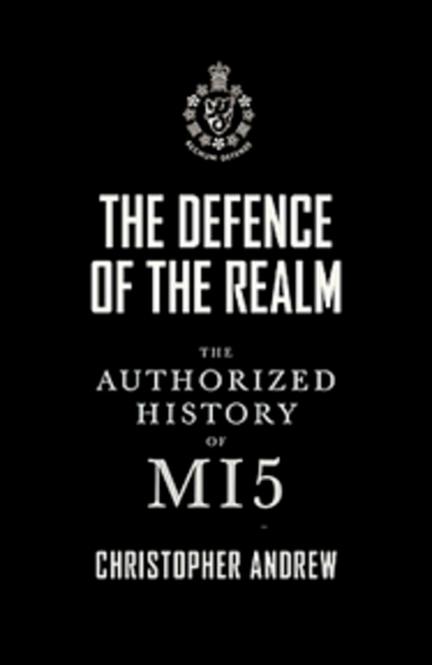 To mark the centenary of its foundation, MI5 opened its archives for the very first time to an independent historian, resulting in an unprecedented publishing event. In The Defence of the Realm, Christopher Andrew reveals the precise role of the Security Service in twentieth-century British history, from its founding by Captain Kell of the British Army in October 1909, through two world wars, and up to and including its present roles in counter-espionage and counter-terrorism.

Readers will learn how MI5 has been managed, what its relationship has been with the government, where it has triumphed and where it has failed. Despite the sensitive nature of the materials, no restrictions were placed on the judgments made by the author.

The Defence of the Realm also uncovers the identities of previously unknown enemies of Britain and the West whose activities the Service has brought to light; adds significantly to our knowledge of many celebrated events and notorious individuals; and definitively lays to rest a number of persistent myths. Above all, it shows the place of this hitherto extremely secretive organization within the UK. Few books could offer such an immediate and extraordinary expansion in our understanding of British history over the past century.

Christopher Andrew is Professor of Modern and Contemporary History and Chair of the Faculty of History at Cambridge University. Professor Andrew is also Chair of the British Intelligence Study Group, Co-Editor of Intelligence and National Security, former Visiting Professor at Harvard, Toronto and the Australian National University, and a regular presenter of BBC Radio and TV documentaries. His twelve previous books include a number of path-breaking studies on the use and abuse of secret intelligence in modern history.

”Interesting, engaging...A fascinating read for lovers of espionage and security issues...Canada makes an appearance in Andrew's narrative in the well-known story of Soviet cipher clerk Igor Gouzenko who defected in Ottawa...Andrew has a sense of humour and has fun describing the early recruits to the service...His descriptions could have been the basis for a Monty Python skit." - Winnipeg Free Press

"Engagingly successful in bringing the spirit and the personality of the service's culture and members through its complete survey. The common thread of keen intellect is evident... For those with the slightest interest in the intelligence world of the present and indeed the last 100 years, the book is assuredly essential reading." - Edmonton Journal

"Andrew's scholarship is meticulous and extensive. MI5 could not have wanted a better historian than him. He has captured every important detail of the Service, but also its ethos and its place in England as an institution. Buy it." - National Post