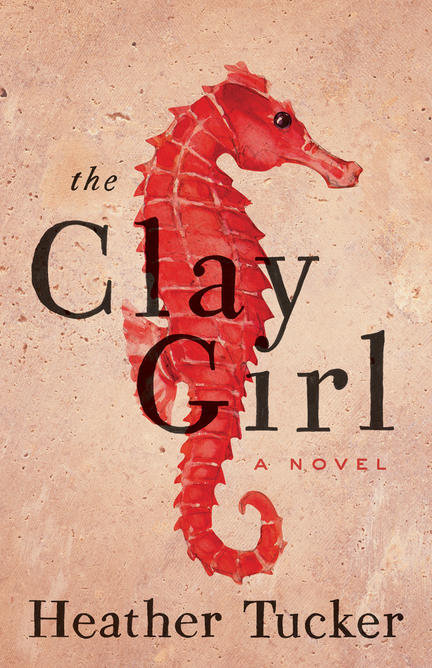 “It is the voice of the characters, the kindness of strangers, and the ingenuity and determination of our protagonist against terrible forces that make this story sing.” — San Francisco Chronicle

Shortlisted for the 2017 Atlantic Book Awards

A deeply compassionate novel about a gentle child who radiates goodness and the way that light refracts — even in the harshest of circumstances.

For the Appleton sisters, life has unravelled many times before. But with a sudden gunshot, it finally explodes.

In the aftermath of chaos and tragedy, eight-year-old Hariet Appleton, known to all as Ari, is shipped off to Cape Breton and her Aunt Mary, who is purported to eat little girls. But Mary and her partner, Nia, offer an unexpected refuge to Ari and her steadfast companion, Jasper, an imaginary seahorse. Yet the respite does not last, and Ari is forced to return to her addiction-addled mother and broken sisters.

Through the sexual revolution and drug culture of the 1960s, Ari struggles with her father’s legacy and her mother’s addictions, testing limits with substances that numb and men who show her kindness. Through it all, her epic imagination colors her grim reality. Ari spins through a chaotic decade of loss and love with wit, tenacity, and the astonishing balance unique to seahorses.

The Clay Girl is a beautiful tour de force with the voice of an unforgetting child, sculpted by kindness, cruelty, and the extraordinary power of imagination.

Heather Tucker has won many prose and short-story writing competitions, and her stories have appeared in anthologies and literary journals. She lives in Ajax, Ontario.

“Tucker's triumphant debut novel is the story of a childhood lost, a family found, and a coming-of-age, recounted in precise and poetic language … It is at times difficult to read, but this novel is worth every moment of pain and every tear.” — Publishers Weekly, starred

“It is the voice of the characters, the kindness of strangers and the ingenuity and determination of our protagonist against terrible forces that make this story sing.” — San Francisco Chronicle

“Ari Appleton will take your breath away … Astonishingly exquisite debut novel … Author Tucker's prose is as lyrical and powerful as the ocean, Ari's voice as sure and strong as a rudder through wild seas … Her rare gift of showing us beauty, hope and humour amid profound trauma make The Clay Girl an extraordinary debut novel.” — Toronto Star

“This is a beautifully written story of strength and resilience, leading to ultimate victory over seemingly impossible challenges. Hariet/Ari/Arielle (known by various names to different people at different times) was born into an epically dysfunctional family. She must deal with an uncaring mother, a sexual predator father, and an abusive stepfather while being denied escape to a loving, supportive aunt. Despite these and other challenges, the girl not only survives, but, with help from caring teachers, grows into a strong young woman who finds love and is able to nurture others as well as herself. This book, which is like no other in terms of character, voice, and plot, rewards the reader with a memorable heroine who triumphs over daunting odds.” — Joe Strebel, Anderson’s Bookshop (Naperville, IL)

This one's got Giller written all over it

If you read one book this season, make it The Clay Girl. It's got "Giller" written all over it.

By rights, Ari Appleton should be broken. Her sisters are. Instead of falling apart, this ugly duckling in a family of swans brings light to the darkness. Like a tie-dyed Anne Shirley, she claims and redeems the kindred spirits she meets along the way.

Heather Tucker has a fresh but groovy voice. She recreates the Toronto of my childhood with landmarks and language and psychedelic déjà vu.

I can't stop thinking about this

I really enjoyed this book, the writing style, the characters and the feelings. I really liked the spirit of Ari, even in the mist of all the shit she has grown up in.

Other titles by Heather Tucker

The YA Lit You're Loving