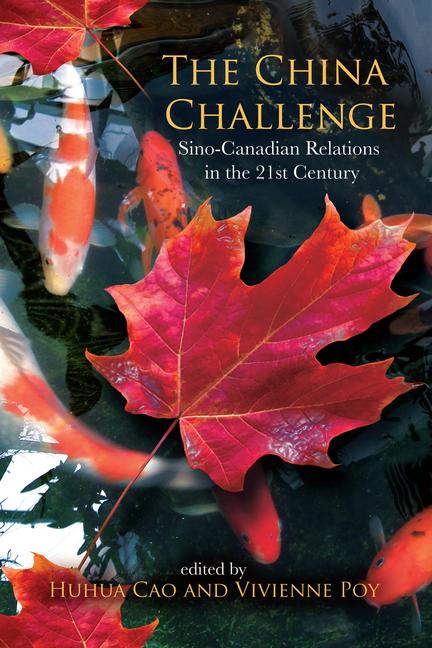 Canadian and Chinese experts examine the importance of Sino-Canadian relations and their impact on foreign and domestic policy in Canada. With the exception of Canada’s relationship with the United States, Canada’s relationship with China will likely be its most significant foreign connection in the twenty-first century. As China’s role in world politics becomes more central, understanding China becomes essential for Canadian policymakers and policy analysts in a variety of areas. Responding to this need,
The China Challenge brings together perspectives from both Chinese and Canadian experts on the evolving Sino-Canadian relationship. It traces the history and looks into the future of Canada-China bilateral relations. It also examines how China has affected a number of Canadian foreign and domestic policy issues, including education, economics, immigration, labour and language. Recently, Canada-China relations have suffered from inadequate policymaking and misunderstandings on the part of both governments. Establishing a good dialogue with China must be a Canadian priority in order to build and maintain mutually beneficial relations with this emerging power, which will last into the future.
Published in English.

Huhua Cao is professor of geography at the University of Ottawa. He has been involved in extensive research projects and international cooperation projects in Canada, Asia, Eastern Europe and Africa. In recent years, his research has focused on urbanization and mobility, regional ethnic minorities, inequality and accessibility of social services. He is the author or editor of several books, including Regional Minorities and Development in Asia (Routledge, 2010).

In 1998, Vivienne Poy was the first Canadian of Asian descent to be appointed to the Senate of Canada. She is also Chancellor Emerita of the University of Toronto as well as a historian, entrepreneur, corporate director and volunteer. She is the author of four books on the history of the Chinese in Canada. In recognition of both her national and international achievements, she has been awarded several honorary degrees from universities in Canada and around the world.

Other titles by Huhua Cao

Sino-Canadian Relations in the 21st Century

Other titles by Vivienne Poy

Sino-Canadian Relations in the 21st Century