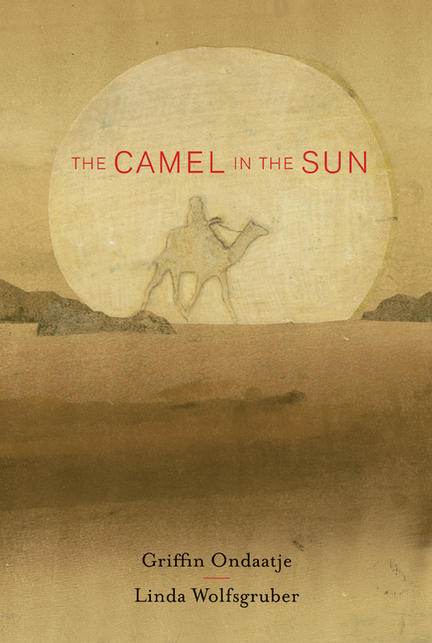 Inspired by a retelling of a traditional Muslim hadith, or account of the words or actions of the Prophet, which the author first heard in Sri Lanka, this is the story of a camel whose cruel owner only realizes what suffering he has caused when the Prophet appears and shows love to the animal.

The camel has worked its entire life for a man called Halim, carrying bundles of spices, dates, incense, silver and wool on long journeys across the desert, east of the Red Sea. It often has to climb steep dunes, run when it is exhausted, and wait in the hot sun while Halim sits in the shade talking to the other merchants. One day the camel is overwhelmed by sadness and finds itself in tears. But still Halim shows no sympathy.

When they arrive in the beautiful garden-filled city of Medina where the Prophet lives, the merchant refreshes himself with food and drink and then naps on a pillow of sand, once again leaving the tired camel to stand alone in the burning sun. But when the Prophet sees the camel's plight, everything changes. Halim finally empathizes with the camel's pain and suffering.

The Camel in the Sun was inspired by a Muslim story told to the author when he was in Sri Lanka. That story was a retelling of a hadith, and this book was respectfully inspired by both the retelling and a translation of the hadith itself. It is an unforgettable story about empathy. It is beautifully, respectfully and sensitively illustrated by Linda Wolfsgruber, whose images and earthy palette reflect her time spent in the Middle East.

Griffin Ondaatje is the author of The Camel in the Sun, illustrated by Linda Wolfsgruber, which was selected for the Austria Children’s Book Prize, shortlisted for the Middle East Book Award, and has been translated into German and Korean. He is also the editor of The Monkey King and Other Stories, a collection of South Asian stories, folktales and legends, and the director of Complete Unknown, a documentary film about Bob Dylan. He has three children and lives with his family in Toronto.

Linda Wolfsgruber is a highly acclaimed artist in Austria and around the world. She has exhibited her work throughout Europe as well as in the United States and Japan and has won many awards, including the Austrian Children's and Juvenile Book Award for Illustration (four times) and the Golden Apple of the Biennial of Illustration Bratislava. She has been nominated for the prestigious Hans Christian Andersen Award. Her very original illustrations appear in Inanna: From the Myths of Ancient Sumer, Stories from the Life of Jesus and Brunhilda and the Ring.

A lesson in empathy—for animals but also in general—delivered at a pace as stately as a camel’s.

Ondaatje’s style is deliberate and solid, creating a reverent feel that will resonate even with kindergarteners. . . . [Wolfsgruber's] sandy, sunburned colour palette and use of monoprints captures a feeling of timelessness.

[R]esonates with universal meaning . . . A lovely, deeply moving explication of an essential truth.

The reader will feel the camel’s thirst and exhaustion and will gain a new empathy for animals after reading this amazing story.

This will appeal to many ages, both as a peek into another culture and as an engaging story about a creature that finally gets the empathy it deserves.

Other titles by Griffin Ondaatje

Other titles by Linda Wolfsgruber

Stories from the Life of Jesus mini /hc

Stories from the Life of Jesus

ones I want to read