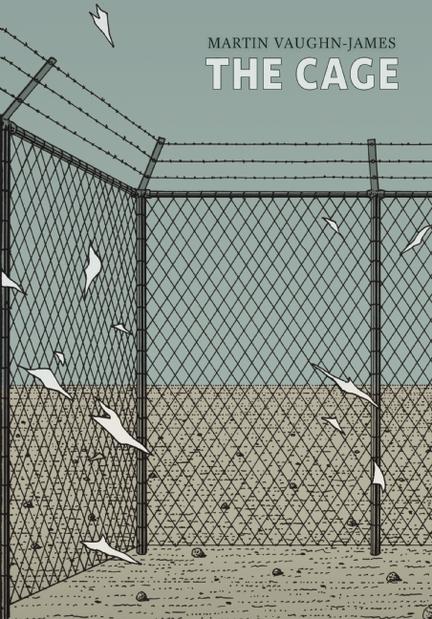 First published in 1975, The Cage was a graphic novel before there was a name for the medium. Cryptic and disturbing, it spurns narrative for atmosphere, guiding us through a labyrinthine series of crumbling facades, disarrayed rooms and desolate landscapes, as time stutters backward and forward. Within the cage's barbed-wire confines, we observe humanity only through its traces: a filmic sequence of discarded objects - headphones, inky stains, dishevelled bedsheets - scored by a deafening cacophony of breaths, cries and unsettling silence. This new edition, which includes an introduction by comics master Seth, brings Martin Vaughn-James's nightmarish vision to a new generation of readers. -æ'I dont use the word "masterpiece" lightly. I think The Cage is a masterpiece of comic art. - Seth 'Vaughn-James remains a significant figure in comics history because his work was singular, literate, experimental, and often unsurpassably good.' - The Walrus

Martin Vaughn-James (1943–2009) was a painter and groundbreaking comics artist who published three of his early works with Coach House Press: The Projector (1971), The Park (1972) and The Cage (1975). He was born in England and spent much of his youth in Australia, before moving to Canada to do his groundbreaking comics work in the 1970s. Vaughn-James is widely recognized as a pioneer in the development of the graphic novel. Later in life, Vaughn-James moved to Belgium, where he focused on painting. Vaughn-James also published two works of prose fiction: Night Train (1989) and The Tomb of Zwaab (1991).

Other titles by Martin Vaughn-James