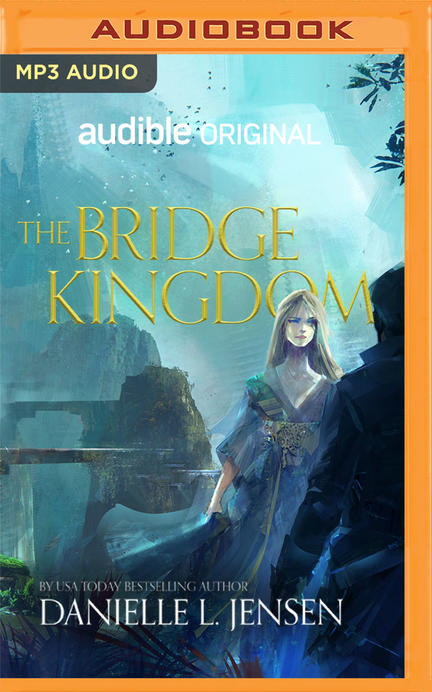 What if you fell in love with the one person you'd sworn to destroy?

Lara has only one thought for her husband on their wedding day: I will bring your kingdom to its knees. A princess trained from childhood to be a lethal spy, Lara knows that the Bridge Kingdom represents both legendary evil - and legendary promise. The only route through a storm-ravaged world, the Bridge Kingdom controls all trade and travel between lands, allowing its ruler to enrich himself and deprive his enemies, including Lara's homeland. So when she is sent as a bride under the guise of fulfilling a treaty of peace, Lara is prepared to do whatever it takes to fracture the defenses of the impenetrable Bridge Kingdom.

But as she infiltrates her new home - a lush paradise surrounded by tempest seas - and comes to know her new husband, Aren, Lara begins to question where the true evil resides. Around her, she sees a kingdom fighting for survival, and in Aren, a man fiercely protective of his people. As her mission drives her to deeper understanding of the fight to possess the bridge, Lara finds the simmering attraction between her and Aren impossible to ignore. Her goal nearly within reach, Lara will have to decide her own fate: Will she be the destroyer of a king or the savior of her people?

Lauren Fortgang, a graduate of Fordham University's Theater Program, is an actress, narrator, and costume designer. She has recorded everything from video games to textbooks. Her audiobook narrations have earned two AudioFile Earphones Awards and placed her as a finalist for an Audie Award in 2014.

James Patrick Cronin is an accomplished audiobook narrator with over 100 titles to his credit. A classically trained stage actor with an MFA from the University of Louisville, he has performed as an actor and a comedian on stages all over the world.

Other titles by Lauren Fortgang

Other titles by James Patrick Cronin