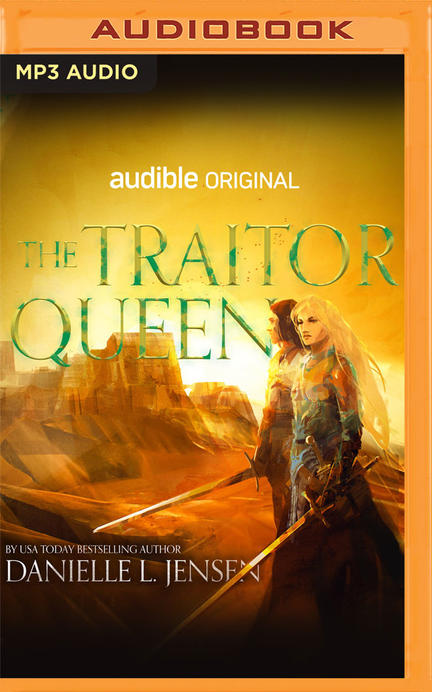 Lara has only one thought when her husband is taken prisoner: I will do whatever it takes to set you free.

A queen now in exile as a traitor, Lara has watched Ithicana be conquered by her own father, helpless to do anything to stop the destruction. But when she learns her husband, Aren, has been captured in battle, Lara knows there is only one reason her father is keeping him alive: as bait for his traitorous daughter.

And it is bait she fully intends to take.

Risking her life to the Tempest Seas, Lara returns to Ithicana with a plan not only to free its king, but for liberating the Bridge Kingdom from her father's clutches using his own weapons: the sisters whose lives she spared.

But as Lara and her companions formulate a plan to free Aren from her father's palace, they soon discover that while it is easy to get in, it will be quite another thing to get Aren, and themselves, back out. Not only is the palace inescapable, there are more players in the game than Lara ever realized, enemies and allies switching sides in the fight for crowns, kingdoms, and bridges. But her greatest adversary of all might be the very man she's trying to free - the husband she betrayed.

With everything she loves in jeopardy, Lara must decide who - and what - she is fighting for: her kingdom, her husband, or for herself.

Lauren Fortgang, a graduate of Fordham University's Theater Program, is an actress, narrator, and costume designer. She has recorded everything from video games to textbooks. Her audiobook narrations have earned two AudioFile Earphones Awards and placed her as a finalist for an Audie Award in 2014.

James Patrick Cronin is an accomplished audiobook narrator with over 100 titles to his credit. A classically trained stage actor with an MFA from the University of Louisville, he has performed as an actor and a comedian on stages all over the world.

Other titles by Lauren Fortgang

Other titles by James Patrick Cronin