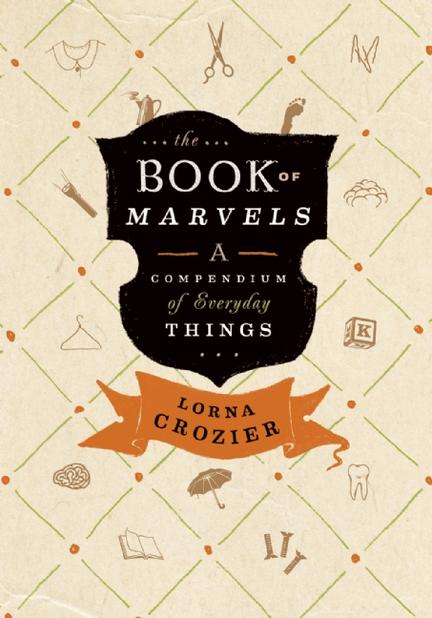 ""Lorna Crozier takes great pleasure in the world and her pleasure becomes ours. This book knows a great truth -- that nothing is known until it is held: in our hands, or our mind, or our heart."" -- Anne Michaels

""Lorna Crozier raises the objects of everyday life into things of alien beauty. Each page opens onto a new marvel."" -- Esi Edugyan, author of Half Blood Blues

In a series of playful and startling prose meditations, celebrated writer Lorna Crozier brings her rapt attention to the small matter of household objects: everything from doorknobs, washing machines, rakes, and zippers to the kitchen sink.

Operating as a sort of literary detective, she examines the mystery of the everyday, seeking the essence of each object. She offers tantalizing glimpses of the household's inhabitants, too, probing hearts, brains, noses, and navels. Longing, exuberance, and grief colour her reflections, which at times take on the tenor of folktales or parables.

Each of the short portraits in The Book of Marvels stands alone, but the connections are intricate; as in life, each object gains meaning from its juxtaposition with others. Crozier approaches her investigations with a childlike curiosity, an adult bemusement, and an unfailing sense of metaphor and mischief. With both charm and mordant wit, she animates the panoply of wonders to be found everywhere around us and inside us.