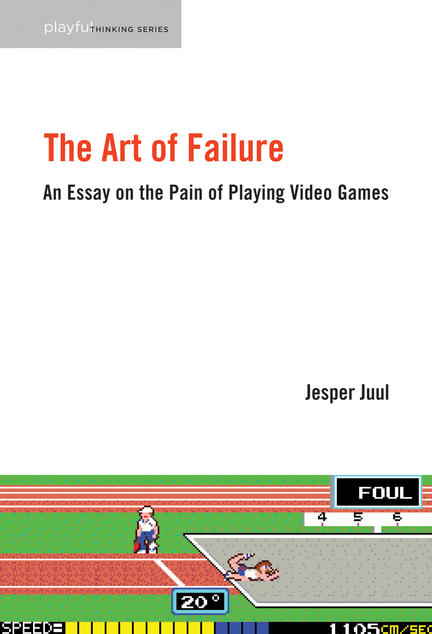 An exploration of why we play video games despite the fact that we are almost certain to feel unhappy when we fail at them.

We may think of video games as being "fun," but in The Art of Failure, Jesper Juul claims that this is almost entirely mistaken. When we play video games, our facial expressions are rarely those of happiness or bliss. Instead, we frown, grimace, and shout in frustration as we lose, or die, or fail to advance to the next level. Humans may have a fundamental desire to succeed and feel competent, but game players choose to engage in an activity in which they are nearly certain to fail and feel incompetent. So why do we play video games even though they make us unhappy? Juul examines this paradox.

In video games, as in tragic works of art, literature, theater, and cinema, it seems that we want to experience unpleasantness even if we also dislike it. Reader or audience reaction to tragedy is often explained as catharsis, as a purging of negative emotions. But, Juul points out, this doesn't seem to be the case for video game players. Games do not purge us of unpleasant emotions; they produce them in the first place. What, then, does failure in video game playing do?

Juul argues that failure in a game is unique in that when you fail in a game, you (not a character) are in some way inadequate. Yet games also motivate us to play more, in order to escape that inadequacy, and the feeling of escaping failure (often by improving skills) is a central enjoyment of games. Games, writes Juul, are the art of failure: the singular art form that sets us up for failure and allows us to experience it and experiment with it.

The Art of Failure is essential reading for anyone interested in video games, whether as entertainment, art, or education.

Jesper Juul is Associate Professor at the Royal Danish Academy of Fine Arts, School of Design, and Visiting Associate Professor in Comparative Media Studies/Writing at the Massachusetts Institute of Technology. He is the author of Half-Real: Video Games between Real Rules and Fictional Worlds and A Casual Revolution: Reinventing Video Games and Their Players, both published by the MIT Press.

Juul's essay is lean, pleasingly bold, and follows through on an intriguing premise.—Slate—

So it's a fascinating time to examine the concept of failure in video games, and luckily the gaming academic Jesper Juul did just that in The Art of Failure: An Essay on the Pain of Playing Video Games, which was released in February by MIT Press as part of its Playful Thinking series.... Maybe the interesting question here isn't what failure in games does—as Juul acknowledges, it does different things for different people—but rather what creative new approaches developers can take to one of the oldest, most universal parts of the human experience.