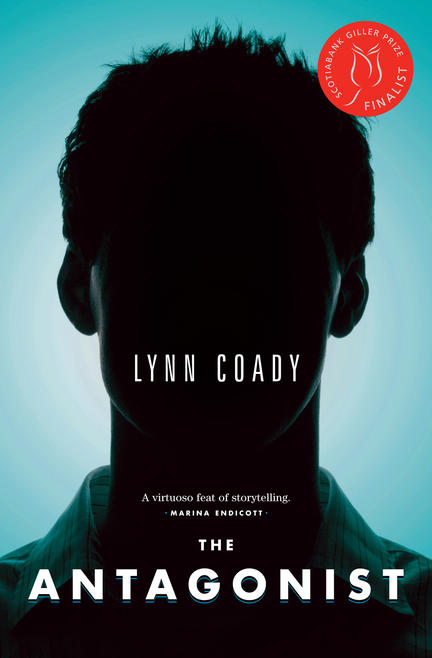 Winner of the 2012 Georges Bugnet Award for Fiction and shortlisted for the 2011 Scotiabank Giller Prize.

Against his will and his nature, the hulking Gordon Rankin ("Rank") is cast as an enforcer, a goon -- by his classmates, his hockey coaches, and especially his own "tiny, angry" father, Gordon Senior.

Rank gamely lives up to his role -- until tragedy strikes, using Rank as its blunt instrument. Escaping the only way he can, Rank disappears. But almost twenty years later he discovers that an old, trusted friend -- the only person to whom he has ever confessed his sins -- has published a novel mirroring Rank's life. The betrayal cuts to the deepest heart of him, and Rank will finally have to confront the tragic true story from which he's spent his whole life running away.

With the deep compassion, deft touch, and irreverent humour that have made her one of Canada's best-loved novelists, Lynn Coady delves deeply into the ways we sanction and stoke male violence, giving us a large-hearted, often hilarious portrait of a man tearing himself apart in order to put himself back together.

Sentence for sentence, Lynn Coady is one of the most dynamic prose stylists in Canadian letters.

...sharp and very funny...the pathos and humor brought to a challenging life story will appeal to many readers.

The Antagonist is a crafty, technically-accomplished series of meditations on subjects ranging from manhood and self-knowledge to tricky father-son relationships.

. . . a richly comic creation . . . a revealing effort in cross-gender empathy.

A genuinely fascinating character [whose] emails evolve from clumsy rages to thoughtful, measured ruminations on crucial events in his life...But it is Coady’s ability to realistically portray his teens and university years and empathetically conduct his search for self that makes The Antagonist more than just entertainment.

Only a writer as wonderfully gifted as Lynn Coady could elicit such extraordinary sympathy for a character as full of self-destructive rage as Rank, her main character. You won't soon forget either him or this haunting novel.

A deft blend of farce, tragedy and wry social comment, The Antagonist is no mean feat.

. . . a readable, quixotic coming-of-age story, a comedy of very bad manners, and a thoughtful inquiry into the very nature of self. It’s the sort of novel -- and Coady the sort of writer -- deserving of every accolade coming to it.

. . . thoroughly engrossing. . . a breathless and frequently hilarious narrative . . . one of the freshest voices in years.

... a stunning new novel. Coady's writing is witty and sensitive... this is a fantastic book that shouldn't be missed.

. . . far more complex than the hilarious one-liners that make her work so irresistible to read.

The Antagonist could have not have come at a better time. In our fast, media-saturated world, this novel gives the reader the refreshing and increasingly rare opportunity to take a closer, more compassionate look at someone wrongly judged by his outer shell.

In this coming-of-age tale, male friendships and relationships are explored in all their goofiness and complexity . . . [Lynn Coady is] one of Canada's best writers of fiction.

...[a] clever and sympathetic exploration of male friendship.

Smartly tuned and as unsettling as it intends to be...Coady expertly renders a man who's compelled to address his past but not entirely ready to look in the mirror [and her novel] is a caution to tread carefully.

Unhinged at times, cathartic, lyrical and brave ... the reader must simply sit back and enjoy.

[Lynn Coady] has a hearty wit and a piercing understanding of human nature . . . [she] has made herself one of our essential writers.

I thought I might dislike this one but gave it a try as it is by Lynn Coady, after all. Thank goodness I did -- it's one of the best reads of my year so far.

Told in epistolary format -- a long series of emails from protagonist Rank to his antagonist, a former university friend -- it succeeds admirably. Revealing himself both by what he includes and leaves out of his emails, Rank becomes a character who demands sympathy and understanding.

It was really one of those reads that takes you over and forces you to live in its world until you finish the story (and even for a while afterwards...) I don't read a lot of "manly" books but this one was fabulous.