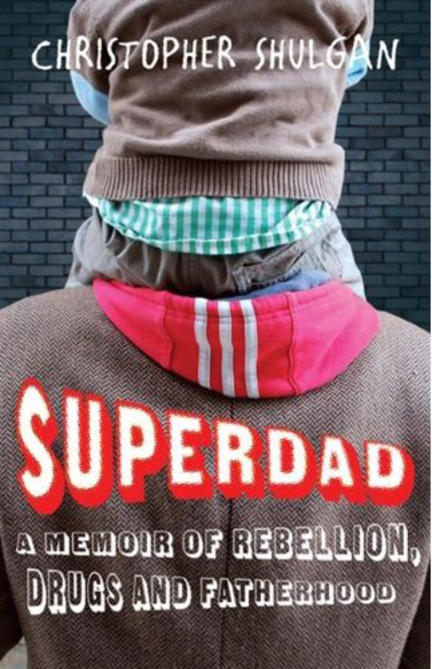 Chris Shulgan seemed like an average young urban father: a house in Toronto&rsquo;s hip Queen West neighbourhood, a loving marriage, afternoons at the park with his infant son. But this enviable life concealed a shocking secret: nights of hard drinking that would push him, inevitably, to the city&rsquo;s underbelly, where he bought and smoked crack. At first Shulgan managed to justify his behaviour: the occasional drug binge allowed him to blow off steam, ultimately making him a better, more attentive father. Until the night he found himself poised to choose drugs over his child&rsquo;s safety, and the carefully constructed fa?ade began to crumble.

Woven through Shulgan&rsquo;s powerful, darkly funny account of his domestic days and restless nights is an exploration of his own misguided ideas of fatherhood. At the heart of Superdad, however, is the deeply personal story of a man finally throwing a light on the darkest corners of his life.

&ldquo;Infuriating, moving, and terrifying, Superdad is a journey into the dark heart of self-destructive hypermasculinty and out the other side into a? kind of uneasy truce between the idea of &lsquo;father&rsquo; and &lsquo;real man.&rsquo; As a writer, I found myself awed by Shulgan&rsquo;s tale-teller&rsquo;s facility; as a dad, I found myself wanting to smack him until he stopped destroying his family and his life. Superdad is a brave memoir that humanizes the self-immolating urge of the crack addict.&rdquo;?Cory Doctorow, author of For the Win and co-editor of Boing Boing

&ldquo;Christopher Shulgan pulls off a cool sort of alchemy; Superdad is an illuminating book about delusion, a wise book about idiocy, a kind-hearted book about acting like a jerk. And then on top of all that, the man makes writing look easy.&rdquo;?Shaughnessy Bishop-Stall, author of Down to This and Ghosted

&ldquo;Take the assumptions you have about fatherhood and addiction, and the kind of simpering memoirs such issues cook up, and, please, fly the works off the nearest dock. Superdad is a relief. At once hilarious and heartbreaking, Shulgan&rsquo;s writing makes room for something else. Something greater. Trust me, you&rsquo;ve been looking for this one.&rdquo;?Ryan Knighton, author of Cockeyed and C&rsquo;mon Papa

Christopher Shulgan, 37, is an award-winning storyteller whose critically acclaimed book, The Soviet Ambassador: The Making of the Radical Behind Perestroika (McClelland & Stewart), was shortlisted for the BC National Book Award for Non-Fiction. In 2007, Shulgan won a Gold Medal at Canada’s National Magazine Awards for a feature in Toro magazine about a Canadian peacekeeper’s death in the Haitian slum of Cité Soleil. Shulgan’s many appearances on television and radio programs include a documentary by the renowned anchor Brian Stewart on the CBC Newsworld program, Our World, as well as the TVO interview program, Allan Gregg In Conversation. In addition, Shulgan is a regular guest on the political affairs show, Michael Coren Live. He lives in Toronto with his wife and two children.

Other titles by Christopher Shulgan

The Real Truth About What You Are Doing to Your Skin and How to Fix It for a Beautiful, Healthy Glow

The Making of the Radical Behind Perestroika