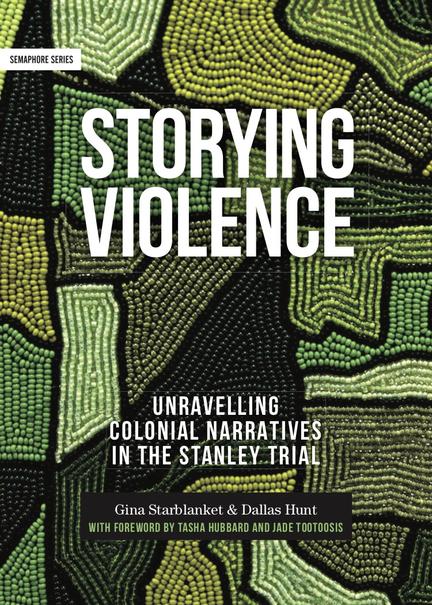 In August of 2016, Cree youth Colten Boushie was shot dead by Saskatchewan farmer Gerald Stanley. Using colonial and socio-political narratives that underlie white rural settler life, the authors position the death of Boushie and trial of Stanley in relation to Indigenous histories and experiences in Saskatchewan. They point to the Stanley case as just one instance of Indigenous peoples' presence being seen as a threat to settler colonial security, then used to sanction the exclusion, violent treatment, and death of Indigenous peoples and communities.

Gina Starblanket is an Assistant Professor in the Department of Political Science at the University of Calgary. Gina is Cree/Saulteaux and a member of the Star Blanket Cree Nation in Treaty 4 territory. She holds a PhD and MA from the University of Victoria and a BA (Honours) from the University of Regina. She has critical work in the 2nd edition of Making Space for Indigenous Feminism (Fernwood Publishing, 2017) and in an edited collection entitled Resurgence and Reconciliation: Indigenous-Settler Relations and Earth Teachings (University of Toronto Press, 2018). She is co-editor of the 5th edition of Visions of the Heart: Issues Involving Indigenous Peoples in Canada (forthcoming Oct 2019) and also has forthcoming work in the American Indian Culture and Research Journal and the Canadian Journal of Political Science. Her work is centered in Indigenous politics and Canadian politics, and takes up issues surrounding treaty implementation, gender, feminism, identity, decolonization, resurgence, and relationality.

Dallas Hunt is Cree and a member of Wapsewsipi (Swan River First Nation) in Treaty 8 territory in Northern Alberta, Canada. He has had creative and critical work published in the Malahat Review, Arc Poetry, Canadian Literature, Settler Colonial Studies, and the American Indian Culture and Research Journal. His first children's book, Awâsis and the World-Famous Bannock, was published through Highwater Press in 2018, and was nominated for the Elizabeth Mrazik-Cleaver Canadian Picture Book Award. He is currently an Assistant Professor of Indigenous Literature at the University of British Columbia.

Other titles by Gina Starblanket

Visions of the Heart

Other titles by Dallas Hunt

Awâsis and the World-Famous Bannock