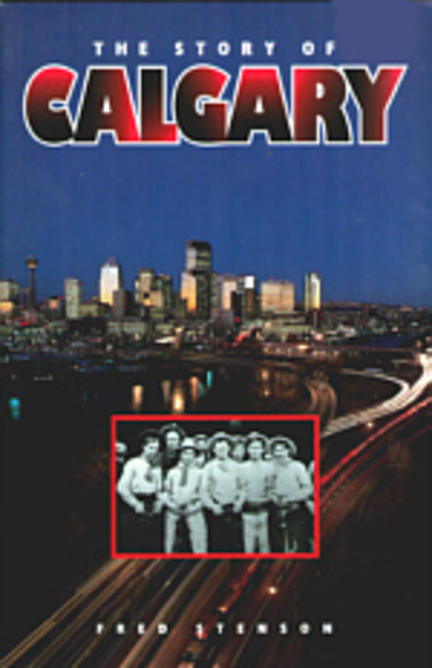 Calgary is one of Canada's most distinctive metropolises, known as a boom town where fortunes are made and lost, an oil city, a cosmopolitan center, home of the world-famous Stampede, an Olympic city, and much more. The Story of Calgary is a concise, panoramic history that explores the city's major themes, influences, and achievements.

Beginning with a look at the prehistoric era when the region's unique prairie, foothill, and mountain geography evolved, The Story of Calgary goes on to describe the aboriginal presence in the area and the founding of the first North-West Mounted Police post, eventually named Fort Calgary, in 1875. Read about Calgary as a center for the cattle industry, the influence of the railways on the city's prosperity, the founding of the Stampede in 1912, the effects of the two world wars and the Depression, and the tremendous impact of the oil industry on Calgary's development.

The character of the city is here too: its reputation as a brash champion of entrepreneurial initiative, its lively western ambience, the unique flavour of Alberta politics that has sometimes led to clashes with Ottawa and the East, and the exceptional spirit of volunteerism that has made so many events from the Stampede to the Olympics so successful. Meet the colourful personalities in Calgary's history, including promoter Guy Weadick, founder of the Stampede, outspoken newspaperman Bob Edwards, suffragist Nellie McClung, cattle king Pat Burns, former premier Peter Lougheed, and Calgary's first Alberta-born mayor, Don Mackay, who promoted the tradition of giving white cowboy hats to visiting dignitaries.

The Story of Calgary is enlivened with more than forty archival photographs and a colour section of contemporary images of the city.

Other titles by Fred Stenson

A Self-Directed Course in the Craft of Fiction