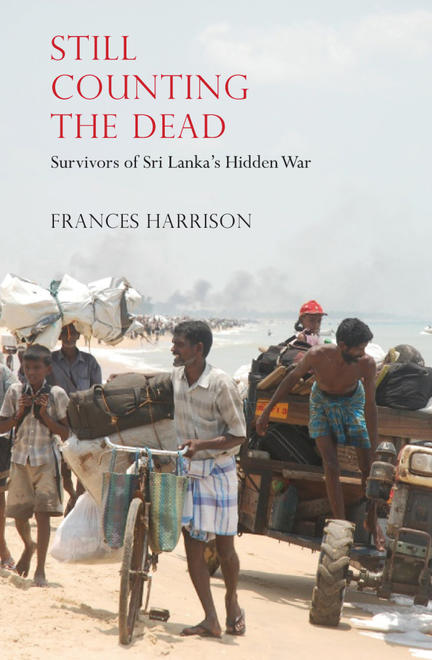 "An extraordinary book. This dignified, just and unbearable account of the dark heart of Sri Lanka needs to be read by everyone." — Roma Tearne, author of Mosquito

The tropical island of Sri Lanka is a paradise for tourists, but in 2009 it became a hell for its Tamil minority, as decades of civil war between the Tamil Tiger guerrillas and the government reached its bloody climax. Caught in the crossfire were hundreds of thousands of schoolchildren, doctors, farmers, fishermen, nuns, and other civilians. And the government ensured through a strict media blackout that the world was unaware of their suffering.

Now, a UN enquiry has called for war crimes investigation, and Frances Harrison, a BBC correspondent for Sri Lanka during the conflict, recounts those crimes for the first time in sobering, shattering detail.

Frances Harrison was educated at Trinity Hall, Cambridge, as well as the School of Oriental and African Studies, and Imperial College in London. For many years she worked as a foreign correspondent for the BBC posted in South Asia, South East Asia, and Iran. From 2000–4 she was the resident BBC Correspondent in Sri Lanka. She has worked at Amnesty International as Head of News and while writing Still Counting the Dead was a visiting research fellow at Oxford University.

An extraordinary book brilliantly crafted on stories from the survivors of the horrible war in Sri Lanka.

If and when the war crimes inquiry gets off the ground, Frances Harrison's brilliant exposition — Still Counting the Dead, Survivors of Sri Lanka's Hidden War — will provide a great deal of evidence for its hearings... She deftly selects victims of the conflict from all aspects of Tamil life and vividly recounts their experiences in a book which makes for a searing reading experience.

Frances Harrison reclaims the human catastrophe from the statistics...anybody who has worked on Sri Lanka knows this story has had too little impact. With luck, this book can help change that.

Still Counting the Dead adds a new layer of detail to the conflict. We come to know the 10 survivors intimately and get a sense of what it was like for Tamil civilians living through the horror.

I hope Frances Harrison’s effort will go down in the history as a welcome first step in the direction of justice and genuine reconciliation.