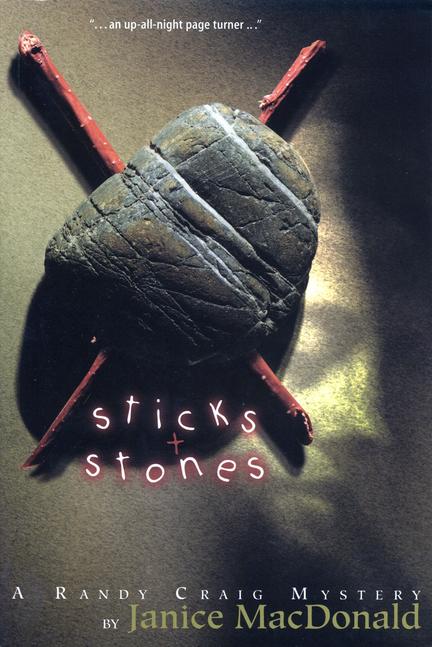 How dangerous can words be?

The University of Alberta's English Department is caught up in a maelstrom of poison-pen letters, graffiti and misogyny. Miranda Craig seems to be both target and investigator, wreaking havoc on her new-found relationship with one of Edmonton's Finest.

The men's residence at the U of A wants to party and issues invitations to the women's residence, each with specific and terrifying consequences if female students don't attend. One of Randy's star students, a divorced mother of two, has her threatening letter published in the newspaper and is found soon after, a brutal murder followed to the gory letter of the published note.

With the help of dashing Officer Steve Browning, Randy Craig must delve into Gwen's life and preserve her own to solve this mystery. Who is trying to kill Randy--an untenured professor? An unknown student? Gwen's killer?

Janice MacDonald holds a Master's in English Literature from the University of Alberta where she has worked as a sessional lecturer, radio producer and bartender. She also spent a decade teaching literature, communications and creative writing at Grant MacEwan College and has held positions as both an online chatroom monitor, and distance course instructor. A consummate folkie, she plays five-string banjo, fiddle, guitar, and piano, wrote the music and lyrics for two touring historical musicals and has been a singer/songwriter. Janice lives in Edmonton with her husband Randy and is the proud mother of two glorious grown girls.

Spellbinding...Janice MacDonald populates academe with real characters and puts the humanity back in the Humanities. Of course, she also picks one or two of them off now and then, which is all right with me, too. Sticks and Stones is an up-all-night page turner with substance.

Janice MacDonald's intelligence and insight into human behaviour make her one of the most promising new writers on teh Canadian mystery scene.

"For me, Sticks and Stones is the epitome of the 'I just couldn't put it down book' because I couldn't until I read it three times. I've never been that taken by anyone's writing before." - Ross Garrie, The Lethbridge Herald

It's been seven years since the first story by MacDonald featuring University of Alberta English professor Miranda "Randy" Craig; that's too long to wait for a story this good.

Other titles by Janice MacDonald

The Eye of the Beholder

Eye of the Beholder

Roar of the Crowd, The

The Roar of the Crowd

Hang Down Your Head

Ghouls' Night Out, The