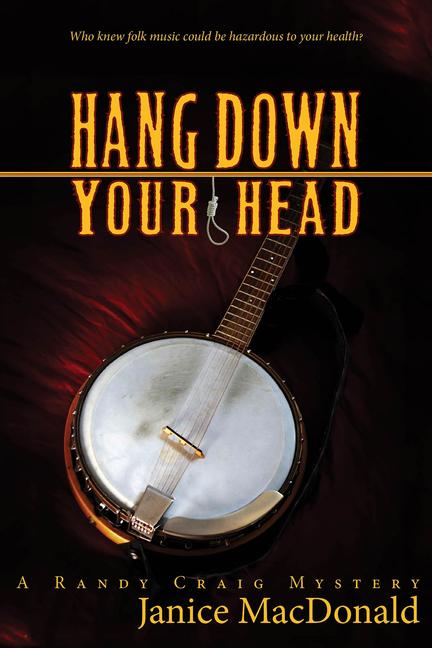 Despite her best efforts to lead a peaceful life, murder, mystery and mayhem continue to follow reluctant sleuth Randy Craig. Maybe she shouldn?t live in Edmonton. Or date a cop. Or work for the famous Folkways Collection library on the University of Alberta campus.

Randy has just started the dream job of any banjo-playing folkie freelance writer, when the children of a deceased benefactress?whose generous donation funded her employment?try to stop the bequest. David and Barbara Finster, the angry, anti-folk offspring go to great lengths to un-endear themselves to the Folkways Collection staff by storming in to the office and threatening to shut down the project. When one of them shows up dead, Randy finds herself a prime suspect with a motive and no alibi in sight.

As bodies pile up, Randy is forced to distance herself from her police investigator boyfriend Steve, who is assigned to the case. Not helping her relationship is the arrival of an intensely sexy researcher from the Smithsonian Institute, with a penchant for wandering around his hotel room clothed in not much more than a towel.

Summertime in the Festival City of Edmonton is off to a very hot start and stands to get even hotter.

Janice MacDonald holds a Master's in English Literature from the University of Alberta where she has worked as a sessional lecturer, radio producer and bartender. She also spent a decade teaching literature, communications and creative writing at Grant MacEwan College and has held positions as both an online chatroom monitor, and distance course instructor. A consummate folkie, she plays five-string banjo, fiddle, guitar, and piano, wrote the music and lyrics for two touring historical musicals and has been a singer/songwriter. Janice lives in Edmonton with her husband Randy and is the proud mother of two glorious grown girls.

Reviewer Gillian Turnbull calls Hang Down Your Head "a fun read for anyone interested in Canadian folk music, Folkways Records, or the constant internal reflective analysis brought about by life in academia." Turnbull also remarks that "MacDonald captures the spirit and idiosyncrasies of folk festival culture perfectly" and that her "balance between amused observation and enthusiastic participation will remind any ethnomusicologist of why we are drawn to our field."

"What's special about Hang Down Your Head is the obvious expertise and care author Janice MacDonald puts into the back story - the folk music legacy that is part of our Canadian fabric."
- The Hamilton Spectator

This book, narrated in Randy's clever inner dialogue, was a pleasure to read.

Hang Down Your Head is a "testament to MacDonald's love of Edmonton's folk festival and the music it celebrates."
- Edmonton Journal

Other titles by Janice MacDonald

The Eye of the Beholder

Eye of the Beholder

Roar of the Crowd, The

The Roar of the Crowd

Ghouls' Night Out, The