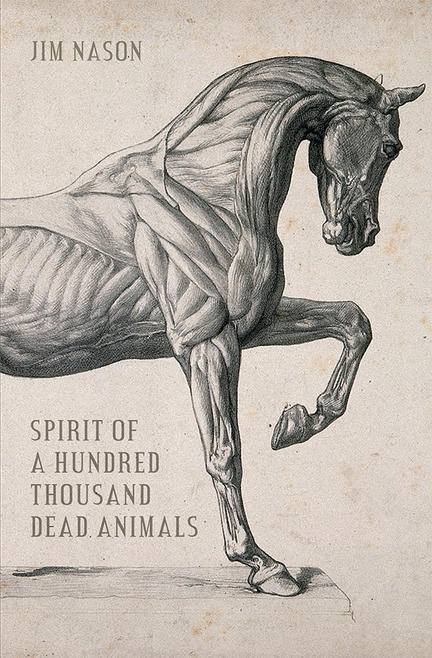 Skye Rayburn, a somewhat eccentric but well-respected veterinarian, always had a troubled relationship with her daughter Moira. When Moira is killed in a car accident, Skye has no choice but to take in her two-year-old grandson Duncan. Maybe this time she will "get it right." Over the years, Skye creates a diary: Life Lessons for Duncan. This diary, a surreal blend of fact and fiction, catalogues human and animal characteristics—their similarities and differences, as well as their complex interdependencies, which she hopes will help Duncan understand his now-homeless father, his mother's death and her own heartbreaking secrets. As her story unfolds we learn how her life choices have, at times, contradicted her alleged love of c hildren and animals. In the summer of 2011, Skye, now 91, finds herself alone when Duncan is invited to show his art at the Edinburgh Festival. Skye must make peace with what she's done and Duncan must to come to terms with who he is.

Award-winning author Jim Nason has published five poetry collections as well as a short story collection. Spirit of a Hundred Thousand Dead Animals is his third novel. His stories, essays and poems have been published in journals and anthologies across Canada and the US, including Best Canadian Poetry in English, 2008, 2010 and 2014 and he has been a finalist for the CBC Literary Award in both fiction and poetry categories. Jim holds degrees from McGill, Ryerson and York Universities and is the owner/publisher of Tightrope Books, Toronto. He is the founder and organizer of Canada’s annual human rights poetry event, Meet Me in the Middle: Writers on Rights. Jim is a frequent participant on fiction and poetry panels, and Spirit of a Hundred Thousand Dead Animals was inspired at the Edinburgh International Fringe Festival, where he was on a panel about sexuality in Canadian poetry.

You can die from it. You can crawl face down through the mud, be swallowed by it, if you wish — regret, the gluttonous snake, its jaw clamped over your shivering body: five dirty fingers on each of your hands, ten toes on your blistered feet, drunk and insensible — pulled through its unhinged mouth.

Skye shakes the image of her son-in-law and the snake from her head, looks at her bloodshot eyes and wrinkled face in the bathroom mirror; so many years since Magnus disappeared. Too many years brushing her hair in the early morning light of the bathroom window, half-expecting him to stagger through the front door — hoping he will return, praying he won’t. I’m back for my boy! he’ll announce, probably slurring his words. I went off the rails for a while, but I’m back for little Duncan.

“He’s not so little now, Magnus Johnson,” she says in the direction of the front door. “He’s grown up and gone home to Scotland without me.”

Skye scrubs her hands and face with the lavender soap that Duncan bought her before he left and dries off with the musty smelling towel that she probably should have changed a week ago. She inhales, takes another look at her wrinkled face in the mirror, exhales and drops the towel onto the floor. It’s been a hot summer and today is no exception. The humidity is oppressive and the pain in her chest has worsened. Silver hair and a bent-over frame, she won’t be long for this world — she knows too much about the lifespan of living creatures to pretend otherwise. She places the hairbrush on the back of the bathroom sink and turns away. Even after she and Rory married she could still hear her mother’s voice — too tall for a girl, shoulders too wide for a wedding gown. Skye Vannan, you have the square frame of a man and jaw of a horse; your looks must come from your father’s side of the family.

Skye grips her walker tightly and leans forward, shifting her weight from side to side as she pushes along the dark hallway past Rocky’s broken-down straw basket. “Rocky,” she calls, but he does not come. “Come, Rocky — let me tell you about the mist that cloaks Edinburgh and the sea creatures that live in Loch Dunvegan.”

She shuffles past dust balls like little grey kittens along the floorboards, into the kitchen with its faded yellow walls and window looking out over the garden. She parks her walker next to the stove where the grey squirrel came down from the attic, scampered into her kitchen through a gap in the wall. Not today. She can’t spend another minute thinking about harm she has caused. There’s no chance of returning to Scotland now, no possibility of correcting what went wrong; it’s time to forget the misdeeds of the past.

Skye had opened her eyes to a nauseating headache. It was difficult to breathe and she felt weak, but it never occurred to her to stay in bed. Skye Rayburn didn’t survive two wars and the death of her husband and only daughter to wallow in self-pity. She should drink a glass of cold water, find the bottle of aspirin. She’s not so worried about dying, she only wishes that Duncan were here to reassure her in his calm, soothing voice: It’s all right, Grandma Skye, he’d say. You’re going to live to be a hundred and fifty. But she will never see him again; she can feel it in her bones. The pain in her side is from an old, weak heart, but it’s also about her grandson — he’s pulling away, "leaving the nest," as her mother said to her that morning thirty-five years ago when she and Rory boarded the ship in Leith.

Skye looks at the August calendar stuck on the refrigerator with magnets. She holds a pencil over August 22. Is it really the 22nd? If so, he will be returning to Kincardine tomorrow.

I’ll be back in a fortnight, Duncan had teased her as he packed his suitcase.

She shuffles over to the kitchen table and pulls out her journal from the end drawer: Life Lessons for Duncan; there are things that need to be discussed with him right away.

She shuffles back to the refrigerator and counts the X’s on the calendar — there are fifteen, and Duncan is only supposed to be away two weeks. “Don’t start second-guessing yourself, Skye Rayburn,” she says out loud. “That’s how old people go crazy. Of course, he’s back tomorrow.”

Other titles by Jim Nason

I Thought I Would Be Happy

Fist of Remembering, The