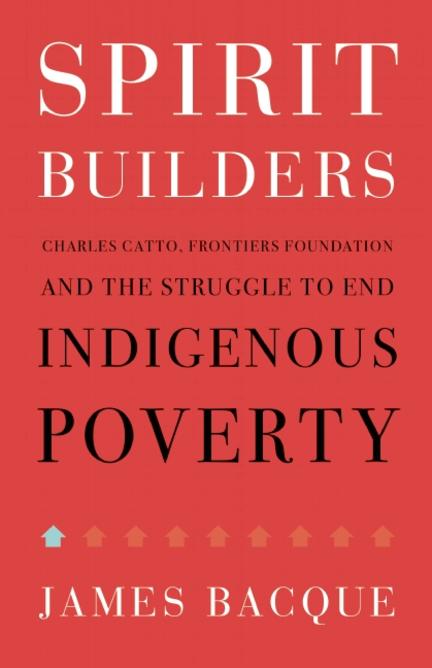 The inspiring true story of how one organization has tried to alleviate the struggles faced by indigenous peoples in Canada by building houses and developing livable communities for those in desperate need.

The people who were living here on Turtle Island (North America) before us have been pushed aside from their own land for decades. Mining companies, lumber companies, railways, governments and fisheries have all taken away First People’s land and resources while dishonouring the treaties that were supposed to protect them.

Spirit Builders is the story of indigenous peoples in Canada, their ruined villages and the broken promises that have led to tragic circumstances for many thousands of citizens. It is also the story of Charles Catto and Frontiers Foundation, a volunteer and co-operative movement that has built over 2,000 houses, community buildings and schools as a practical way of addressing and solving many of the problems that Canada’s indigenous people face as they seek to create a new relationship with the colonizing societies around them.

James Bacque
James Bacque is a novelist, book editor, essayist and historian whose work has helped raise awareness in human rights issues associated with war crimes, particularly spurring debate on and research into the treatment of German POWs at the end of World War II.

His fiction titles include The Lonely Ones, 1969 (Big Lonely in the paperback edition, 1970); A Man of Talent, 1972; Creation (with Robert Kroetsch and Pierre Gravel), 1972; The Queen Comes to Minnicog, 1979; and Our Fathers’ War, 2006. His history titles include Crimes and Mercies, an immediate bestseller upon release, and Other Losses.

At a time when non-indigenous Canadians struggle to build new and more just relationships with First Nations people, this title is a valuable contribution that celebrates a success story whose template—though created over half a century ago—holds valuable lessons for the future.

Other titles by James Bacque

The Fate of German Civilians Under Allied Occupation, 1944-1950

A Canada We Recognize

In an attempt to balance the scales of sanity, we offer this list of books that give us a glimpse of the Canada we love.