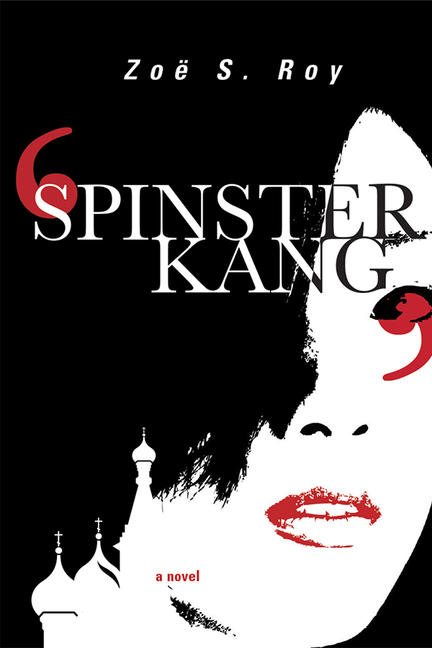 Thirty-two-year-old Kang is a new immigrant in Toronto. Having an older sister who was raped and suffers from the ensuing stigma in China, Kang is determined to remain a spinster, which has its own stigma in China, and she struggles with her fear and distrust of men. But Kang’s story is not a hard luck story. She is an intelligent woman and a successful immigrant. Kang deals with the perplexities of a different culture by maintaining a sense of curiosity, an enjoyment of learning about the new culture, and by finding humour rather than the humiliation that so often characterizes descriptions of immigrant experience. Kang rooms with Tania, a Russian immigrant, and learns that many years earlier, Tanya was in love with a Chinese medical student at Moscow University who was abruptly returned to China for having had a relationship with her. Kang’s own father once studied at that university but has never talked about it since he was forced to leave Moscow and then was labelled as a rightist during the Chinese Anti-Rightist Campaign. Since then her father has been dispatched to work and live in Kunming, a city far away from Beijing. Could the paths of her father and Tania have ever crossed? Curious about her father’s past, Kang decides to pay a visit to Moscow, accompanied by Brian, Tania’s nephew, a charming engineer who wants to explore his Russian Jewish roots. Spending time with Brian helps Kang to see how much her sister’s tragedy has shadowed her life. When Brian suddenly shows symptoms of schizophrenia, Kang must decide whether to throw her spinster’s hat away or end her relationship with Brian.

Born in China, Zoë S. Roy, an avid reader even during the Cultural Revolution, writes literary fiction with a focus on women’s cross-cultural experiences. Her publications include a collection of short stories, Butterfly Tears (2009), and two novels, The Long March Home (2011) and Calls Across the Pacific (2015), all published by Inanna Publications. She holds an M.A. in Atlantic Canada Studies from Saint Mary’s University and a M.Ed. in Adult Education from the University of New Brunswick. She currently lives in Toronto and is a teacher for the Toronto Public School Board.

As a never married Chinese woman myself, Spinster Kang is a novel I found relatable with sympathetic characters including both the titular heroine and others. Kang is resourceful, curious and resilient. She tries to find a better life for herself and help support her family back in China. Also, her sister’s rape has affected her attitude towards relationships. A recent immigrant to Toronto, she needs to improve her English skills while working at two jobs in order to put herself through school. From searching for an apartment, attending a Rolling Stones concert, and participating in an unusual culinary event, her inexperience, naiveté and misunderstanding of Western culture and behaviour produce some of the book’s best humour.

Kang immigrates from China to Toronto, Canada where she wants to teach in grade school and escape from two very uncomfortable stigmas. Her sister had been raped and experienced the shame of what really was not her fault. Even worse, her sister ended up in an abusive marriage. That made her afraid of men.

A second stigma in Chinese culture is you are a failure if you have not married and had children by a certain age. This constant pressure from friends and family, made life difficult for Kang. Kang wanted to be a school teacher so she decided to try Canada for a better life. Canada has a very different culture and she enjoyed being freed from the two stigmas.

Even though she practiced talking in English corners she was prepared for understanding puzzling slang and idioms. My husband (also an Asian immigrant) still wrestles with this. Kang takes on this problem with humor and imagination.


I loved reading about her hunt for an apartment. Kang had a few of the same problems that I had when hunting. It was adventure after adventure and when it didn't work with a few of them. she automatically put herself to the task. Kang was very open to new experiences and there is more in this book to enjoy.

Honesty, humor, intelligence and heartwarming situations make this a great book to read.

I received an Advance Copy of this book from the author and my thoughts and feelings in this review are my own.

Aa a prolific Chinese Canadian author, Zoe Roy writes mostly about Chinese immigrants’ life in Canada/USA. Spinster Kang is no exception. It’s a tale of an extraordinary Chinese woman who endures suffering in life with courage, dignity and a sense of humour. Women beyond certain age without a husband often become a “topic” and worry in many Asian countries. The pressure to find a mate, with or without love, is an issue people brought up in western culture find difficult to relate to. Roy’s description of Kang as an uprooted, lonely yet brave immigrant in Toronto is vivid, believable and heartwarming. Kang’s move from China to Canada is both physical and symbolic, as she not only needs to deal with the reality of “fitting” into a society and culture very different from her own, but also to learn to share the emotional space with a man with whom she eventually falls in love. Roy takes her heroine through a journey of seemingly impossible situations, showing us, convincingly, that love and kindness will prevail in a world full of distrust and misunderstanding between races, cultures and genders.

Other titles by Zoë S. Roy

Calls Across the Pacific