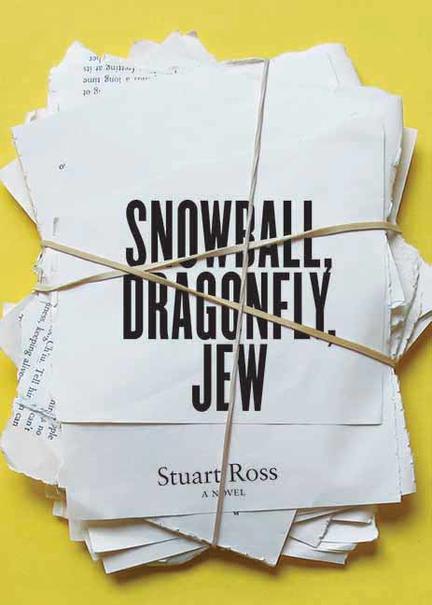 Struggling with the sudden, nagging notion that his mother once assassinated a prominent neo-Nazi leader, Bena performance artist, about to turn 40doesn’t know where to turn. His parents are both dead and his brother, having previously been institutionalized, is a lousy source of information. In a non-chronological montage of memories, this inventive tale blends suburban realism with out-of-body surrealism as Ben travels back and forth through life events, attempting to put the pieces of the puzzle together.

I didn’t mind ants or cotton boll weevils, and I sure didn’t mind worms, undulating on hooks or sliding through moist soil, but anything with long and spindly legs scared the hell out of me: especially spiders, centipedes, and those really big mosquitoes that looked like they could lift a station wagon with their suction feet.

My friends and I were playing in the lake, floating around in our red, green, and blue rubber doughnuts, our butts hanging down through the holes into the cool water. We were splashing each other and debating who was better from Man from U.N.C.L.E. — Ira liked Napoleon Solo, because he always ended up with a girl, one with red lipstick and piled–up blond hair, but Sammy saw that as a weakness and argued that Illya Kuryakin was way cooler: he was immune to girls and had a Russian accent. I tried to make a case for Maxwell Smart, but he was only a half–hour long, like Captain Nice and Mr. Terrific, so he didn’t even count. As Sammy puckered up and made kissing noises into the air, mocking Napoleon Solo, my eyes caught a glint of purple, a lightning flash of black, and I saw that a giant dragonfly had perched on my knee. Its wingspan was that of a crow, and its body was made of a thousand horrible segments, a thousand thoraxes, a thousand anthraxes, each sprouting a terrible hairy leg. Its pointy metallic head jerked from side to side, its jaws clanging open and shut like an assembly–line contraption that crushes things flat, and its blank black eyes drilled right into me.

First Ira screamed, and then I screamed. I began to kick my little pink legs, my butt slipping deeper into the water, but the metal creature just wouldn’t let go. I could feel its needle feet gripping my knee, clinging stubbornly as my heart banged and my limbs thrashed, and the rubber float that held me on the surface of the water rocked like a ship in a storm.

Then I saw my bare feet swoop into the clouds, my toes poking right into them, and everything got loud, and thick, and echoey, and slow–motion. Water punched up into my nostrils, and my eyes went blurry with brine.

That thing of knowing how to swim, I hadn’t bothered with it yet, though I could dog–paddle, I could just about dog–paddle. Luckily, we were close to the shore, and when my feet found the gritty bottom — the moss, the stones, the warm sand shifting between my toes — I pushed myself straight, and the water came only to my shoulders. My whole body shuddered, and I slid my hands down to my knees, plunging my face again into the water. I swiped spastically at my legs, grabbing for the winged monster.

But somehow, in all the chaos, it had disappeared, just pulled up its spiny pincer feet and winged away, hitching a ride across the lake with the warm breeze, engorged with my blood and maybe even some of my brain, I really didn’t know for sure.

When I straightened again and pulled my head from the water, I was coughing, and Ira was laughing, bobbing around in his squeaking doughnut, and Sammy was laughing, too. They were cracking up, spluttering water all over the place. On the dock just a few metres away, Michelle was pointing and howling, and Naomi. They wore colourful two–piece swimsuits — the colour of dragonflies, in fact — and they laughed at me, these little girls with straight dark hair and dark eyes, because I had looked like I’d gone nuts. I had looked like something out of an Abbott and Costello movie you saw on TV on a Sunday afternoon, if your dad and brother weren’t watching football, like that one when Costello got chased up the old church bell tower by a lumbering mummy.

That night, after we barbecued hot dogs for dinner, toasted some buns on the grill, and opened a can of Jolly Green Giant corn niblets, ho ho ho, we gathered around the boxing ring that had been set up in a clearing at the edge of the woods, not far from the beach. I noted that although it was called a boxing ring, it was square, and I imagined what it would be like if people wore square rings on their fingers. Or what if their fingers were actually square?

My brother had one hand on my shoulder, and he pointed up at the ring and said, “That guy’s George Chuvalo!” A big white man with watery red eyes, a flop of thick, sweaty hair, and a nose both puffy and flat was dancing around on the mat, springing on the soles of his feet, throwing his gloved fists at the enormous open palms of a thin black man who wore a pressed white shirt and a straw boater. I pushed forward and gripped the edge of the platform, peering up between the ropes at the two dancing men. I watched their feet and their hands, and I watched their faces all tensed up and concentrating. George Chuvalo had thick, knotted shoulders and a chest that was puffed up like his internal organs were all going to burst through.

"A moving and funny novel . . . Unlike other poets-turned-novelists, Ross understands the power of both poetry and clear prose . . . . Ross’s writing compels." Winnipeg Free Press (April 2, 2011)

"Ross’s fiction, always at least slightly absurd or surreal, is frequently humorous. Occasionally, it is more deeply affecting. The reader who appreciates Ross’s aestheticas well as the challenges it posesshould mostly enjoy Buying Cigarettes for the Dog." Quill & Quire

"A short, yet powerful journey of discovery and healing, portrayed through a series of memory based vignettes. . . . The disjointed nature of the narration lures readers into a dream-like state, and gives the reader a more intimate, complete understanding of the characters than would be possible in a more traditional style." www.Suite101.com (April 1, 2011)

"Snowball, Dragonfly, Jew succeeds not only because of Ross's distinctive style, but also because he can think and feel with the best of them, and shows maturity of vision without sacrificing the childish sense of play and absurdity his readers expect from him." “Globe and Mail (June 21, 2011)

The Book of Grief and Hamburgers